I can’t tell you how many times I’ve caught myself wondering “is this normal” as my child displays some behavior, sleep pattern, food sensitivity etc. I find myself curiously googling average ages for certain developmental milestones and concerning myself “why isn’t he doing that yet?”

What exactly does average mean?
Average: The result obtained by adding several quantities together and then dividing this total by the number of quantities; the mean.

What this means is that if the average 18 month old can say 10 words and yours can say 15, then there is someone out there with an 18 month old who can only say 5 words. This was my quick and easy math lesson. I kind of hate math so we won’t get more technical than that, but the point is that in order for averages to work, we need to take into account that they are created by incorporating the extremes. Sometimes you will hear a physician say “that is below average but still within the realm of normal.” What is this “normal” they speak of?

What is Normal?
Normal: conforming to a standard; usual, typical, or expected.

So I guess in many cases abnormal behaviour would be applauded. A patient toddler…trust me, that ain’t normal. An 8 year old who loves his vegetables. Weirdo! A teenager who likes their parents. Craziness! There are plenty of negative “normal” behaviors which the absence of is readily acceptable. Sometimes, however, abnormal behavior can be negative. We tend to call this a disorder. Personally, I object to this logic, but I can be hypersensitive – which is probably a disorder and possibly why I object. 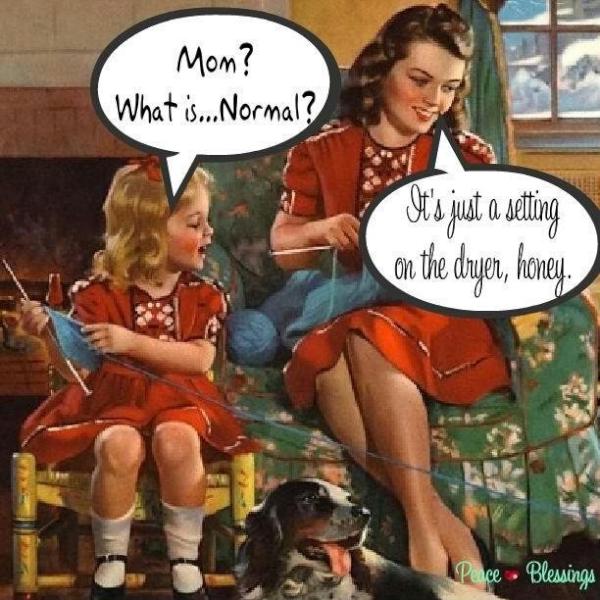 What does disorder mean?
Disorder: A state of confusion.

The word disorder definitely has a negative connotation to it and it is my opinion that it is thrown around far too easily, and it is especially thrown at our children far too often. In a time where acceptance, tolerance and anti-bullying campaigns run rampant you might hope to see our children’s special needs being met without being told that there is something wrong with them.

My son recently received an evaluation from Early Intervention where the findings were “clinically significant” for Autism Spectrum Disorder as well as Anxiety disorder. Yeah, when I first read that I felt like the air was knocked right out of my lungs and for a moment my hands got a little shaky. It’s to be expected. I love my son completely and I want his evaluation to say “He is properly equipped with all of the skills and dispositions to make for a simplistic life full of love, laughter, money and cake. He will live long, be healthy, tall, handsome, polite, energetic and bring joy to many. He will always walk in peace, his mind will be clear, and his heart full of love. He will know no struggles and goodness will follow him wherever he goes.”

Once I recomposed myself, I sat and thought about these findings. To be truthful, I can see the connection when I read the signs and symptoms of these disorders; however, what I see in my son is a hypersensitive boy (much like his Momma) who processes the world differently (much like his Daddy). The only disorder I can see is when I force him to conform to a standard that his level of sensitivity does not allow him to do comfortably.

Don’t get me wrong, in a way I am relieved by the findings because it means my son is approved for services. Services that will help alleviate some of his frustration and teach me better methods in dealing with some of his behaviors. That being said, I’m also relieved that my other son was accepted on a Little League team because I am not equipped with a team of excited kids ready to play T-ball. I know my limitations and there are many times I reach out to other resources for the benefit of my children.

My feeling is that all children have special needs. I’ve never babysat a child where the parent dropped them off and said “Here ya go. My kid is normal so you know what to do.” There are, of course, varying degrees and some children can be extremely challenging. There was a time where a child might have been labeled as “stupid” or “bad” and no one would have bothered to look further, but we know more now. We know that many children with learning challenges can be taught through different methods. We know that most kids who have behavioral issues can be encouraged to find other methods to express themselves. I applaud our society for giving up on no one. For always striving to meet the needs of an ever-changing world. For its effort in leaving no child behind, and I hope for a day when we can see that what we consider disorders is just a difference that we don’t yet understand.

In 1851, a disorder was running rampant, it was called Drapetomania. This mental illness was causing slaves to flee captivity. One of the symptoms of Drapetomania was “sulky and dissatisfied without cause.”

In the DSM (Diagnostic and Statistical Manual of Mental Disorders), Homosexuality was considered a mental illness until it was removed in 1973.

I am not trying to romanticize the challenges that are facing our special needs children nor am I trying to villainize parents or health professionals. I am only stating that we have always feared what we do not understand.

So now that I have been given a defining slip of paper that informs me that my child is not “normal” I can give up the charade and surrender to the only question we should be asking about our children…”Is this healthy?”

When 1 in 68 children have autism spectrum “disorder” and more children than ever before are being diagnosed with anxiety, depression, sensory processing, attention deficit, oppositional defiance and a tirade of other “disorders”, it’s time that we stop looking at the children for what’s wrong and start looking at the world around them. Are sensitive children suffering in the overstandarization of a chemically excessive, overstimulating, processed pushing society? Are parents ill-equipped with proper information on how to safeguard their babies. Is the research in the hands of the people who profit from misinformation? How long will we look at the beautiful faces of innocent children and claim their intolerance of an overwhelming world is a disorder? From the most sensitive of souls comes the greatest beauty, and the keenest intellect. Don’t worry about what’s normal – consider the overall well-being of your child and provide them a course to achieve their own greatness.