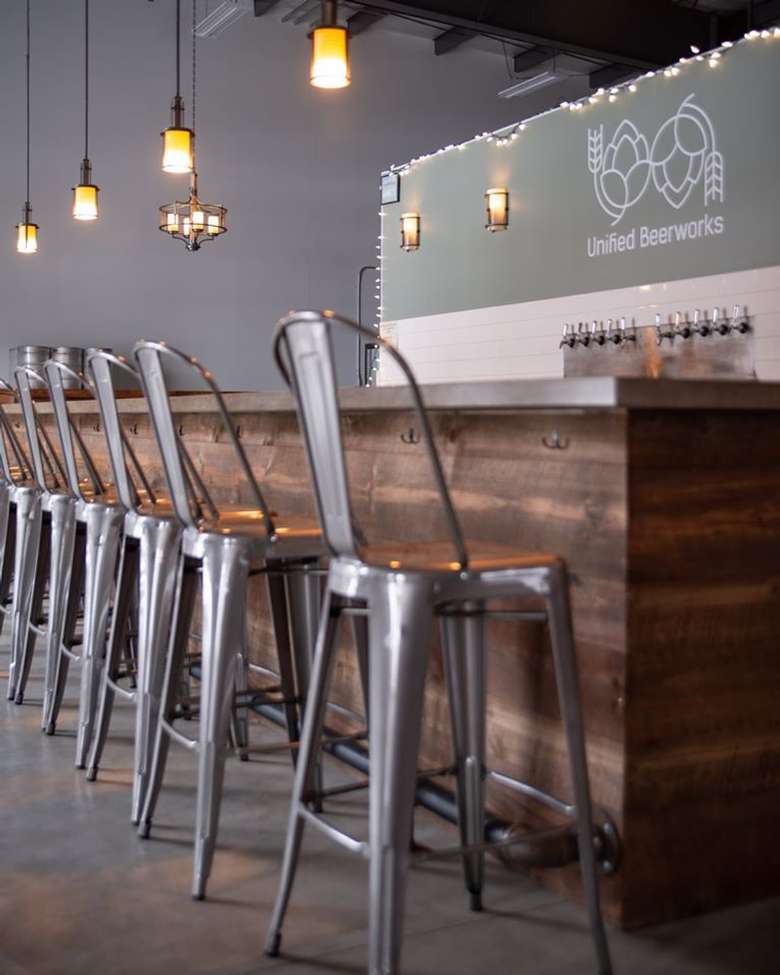 Have a seat in our spacious taproom, and try one of our many offerings, covering a range of styles. 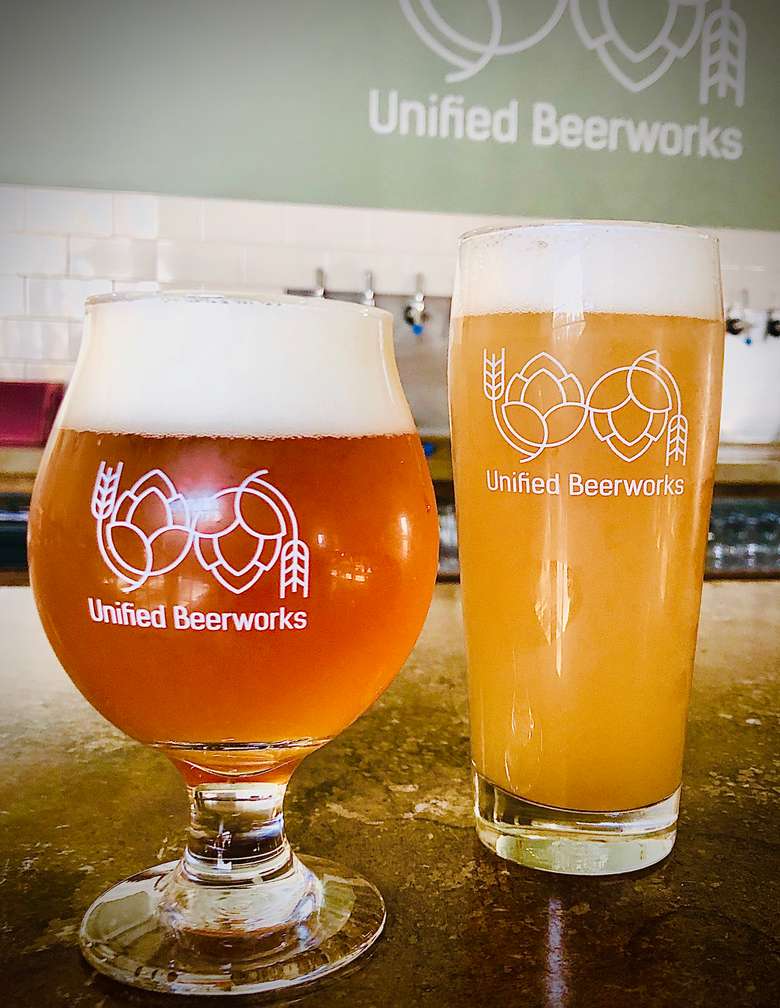 We showcase a variety of styles, including fruity sours, and delicious New England style IPAs... 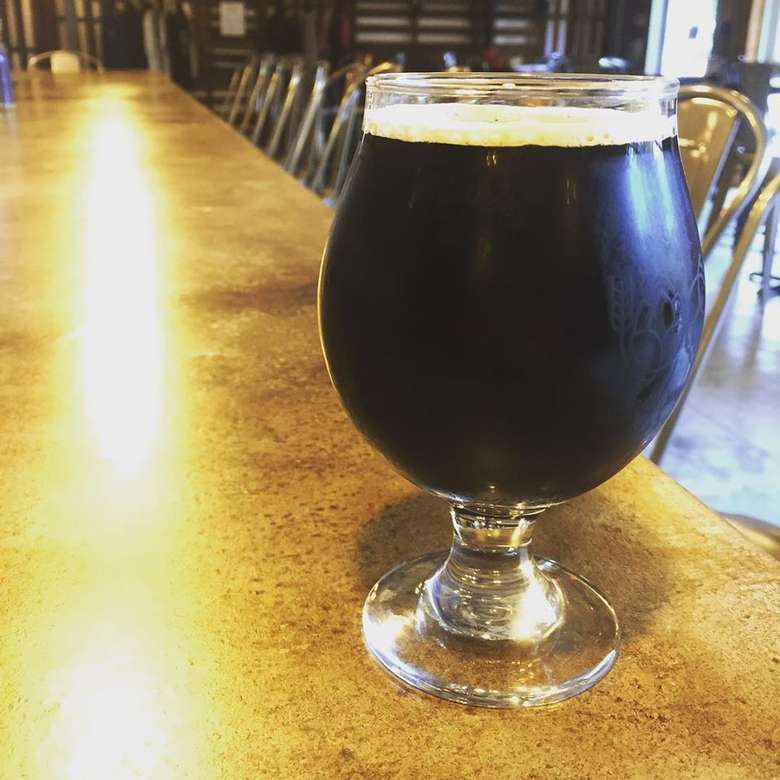 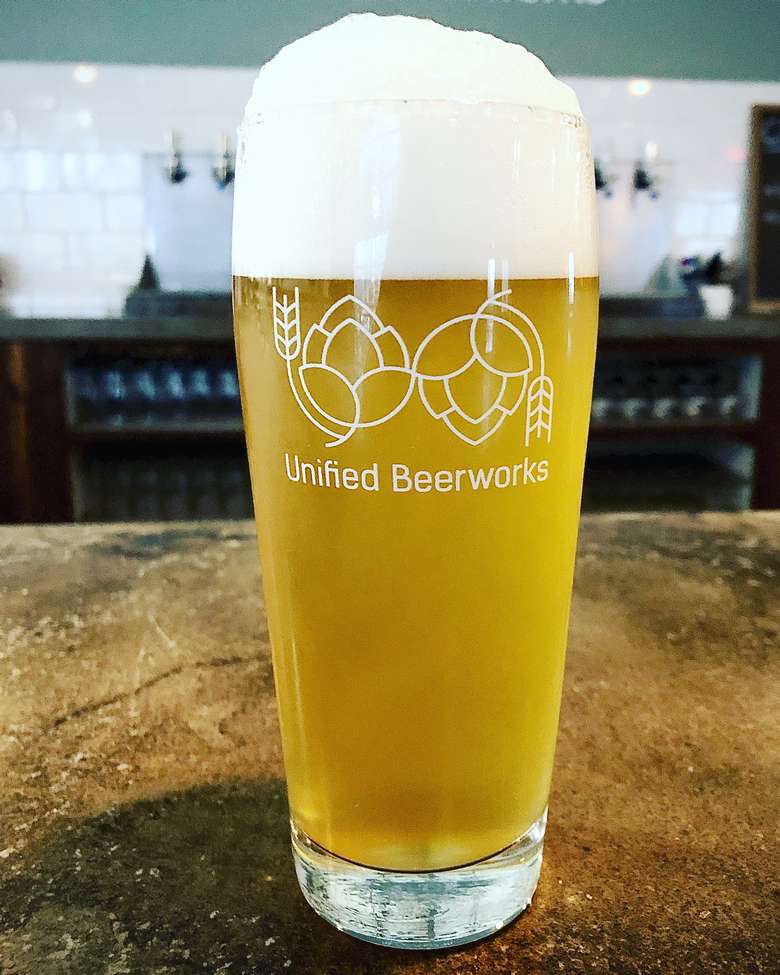 ...to clean pilsners and lagers 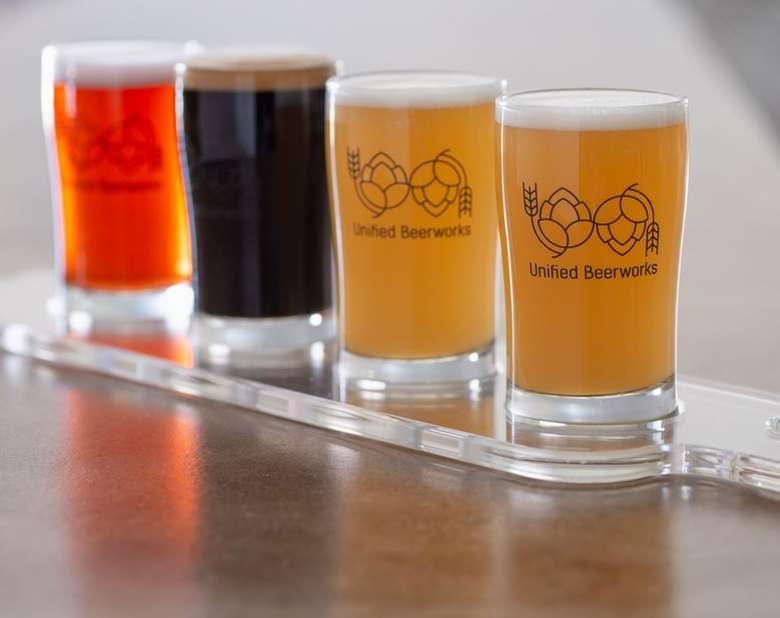 We offer beer flights if you're not sure what to try first! 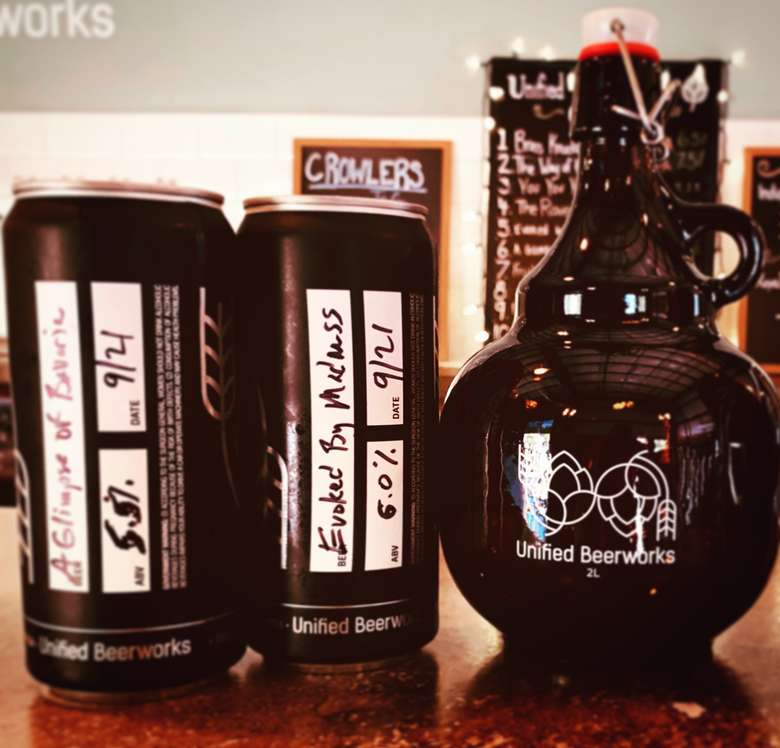 We've got growlers and crowler cans to go! 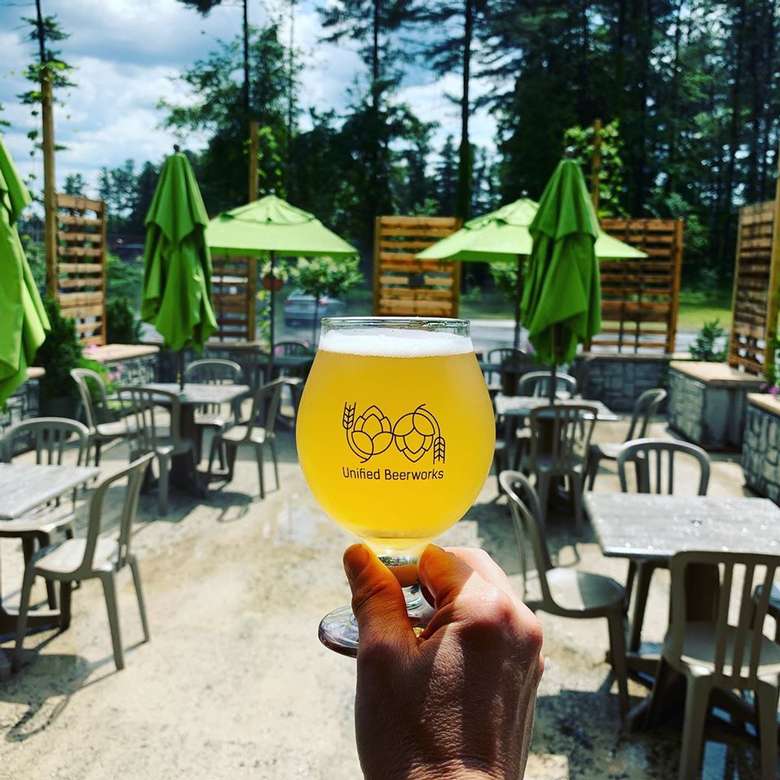 When the weather is nice, you can sip a drink on the patio. 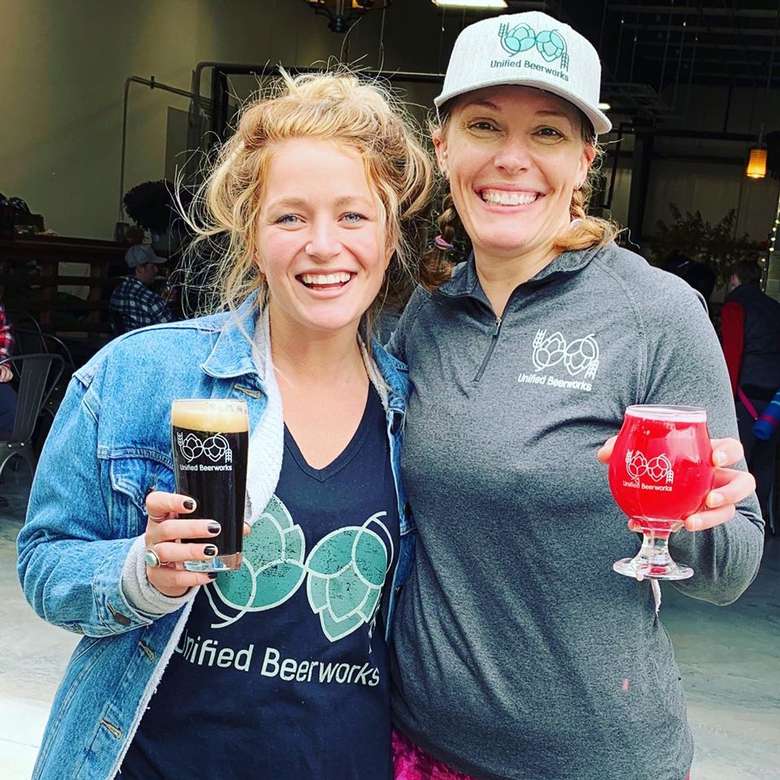 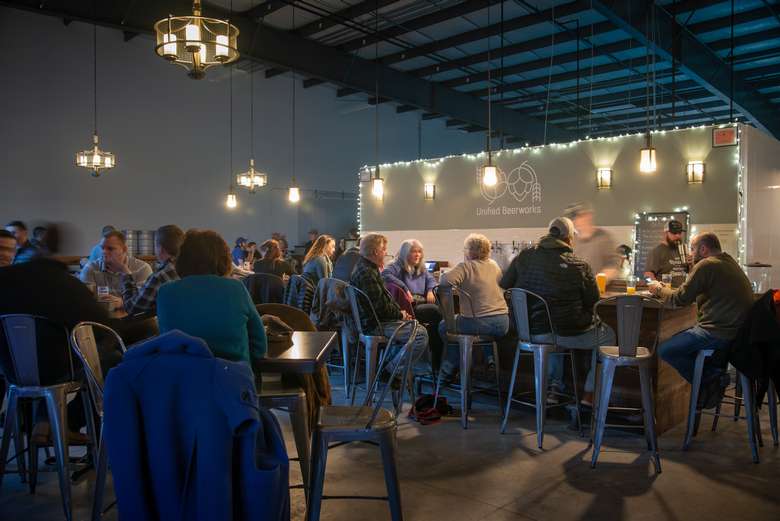 Enjoy a beer, have great conversation, and relax in our taproom 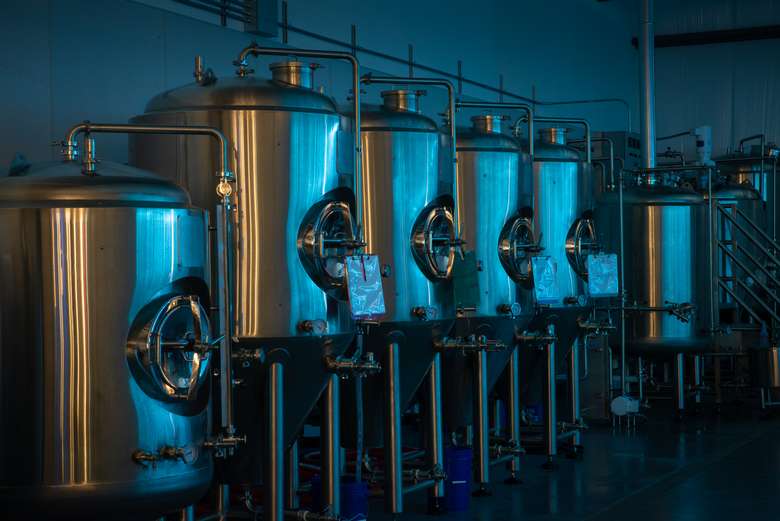 View our beautiful stainless tanks right from the taproom 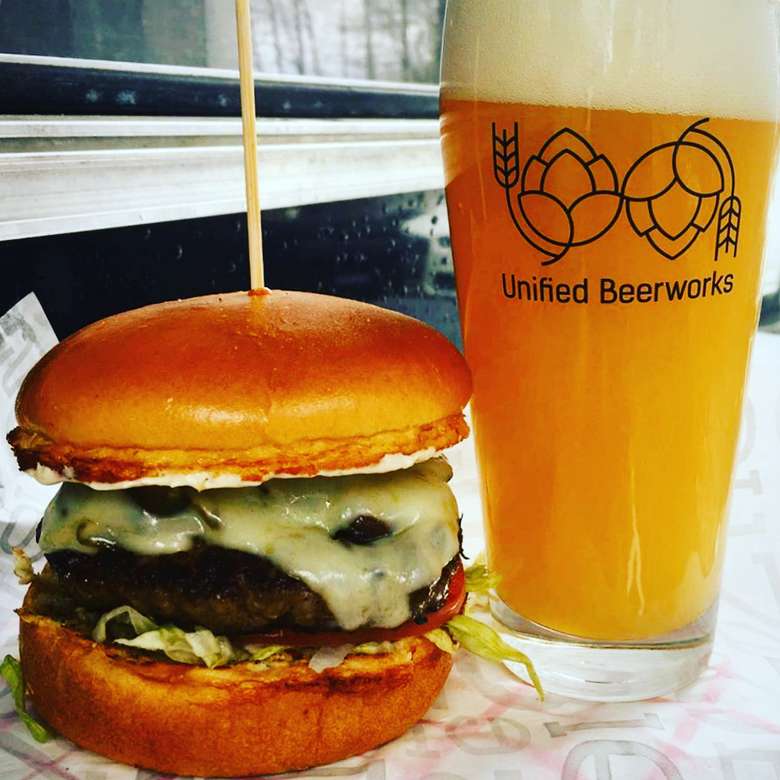 Beer always tastes better with offerings from our many food trucks, which are at the taproom every Tuesday, Friday, and Saturday! Check out our events for this week's offerings! 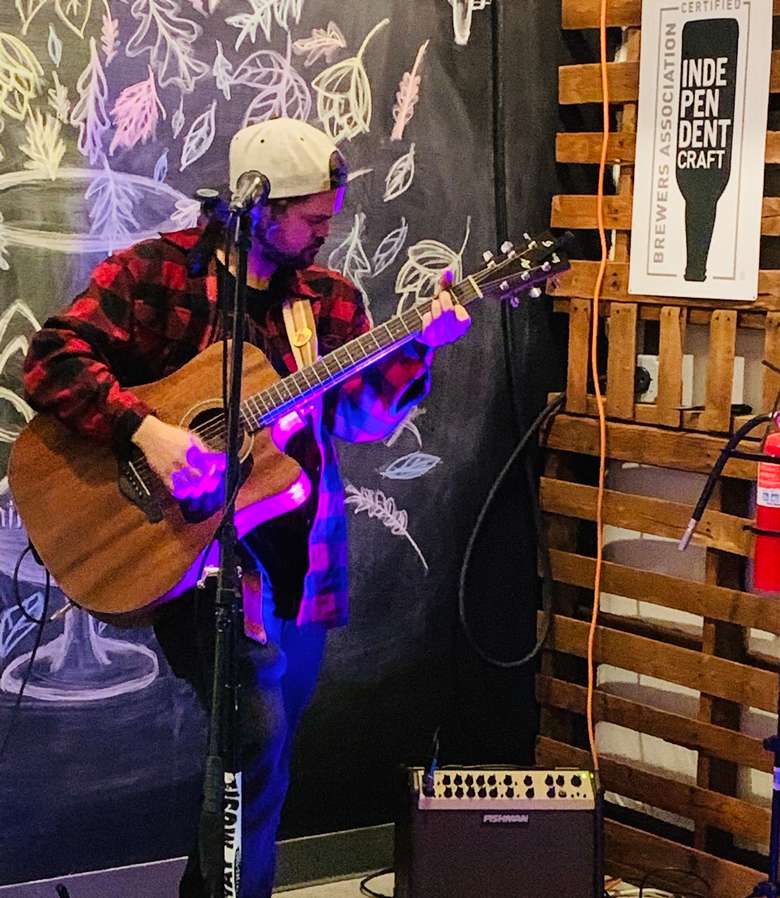 We have live music every Friday and Saturday too! Check our events listing for this week's artists! 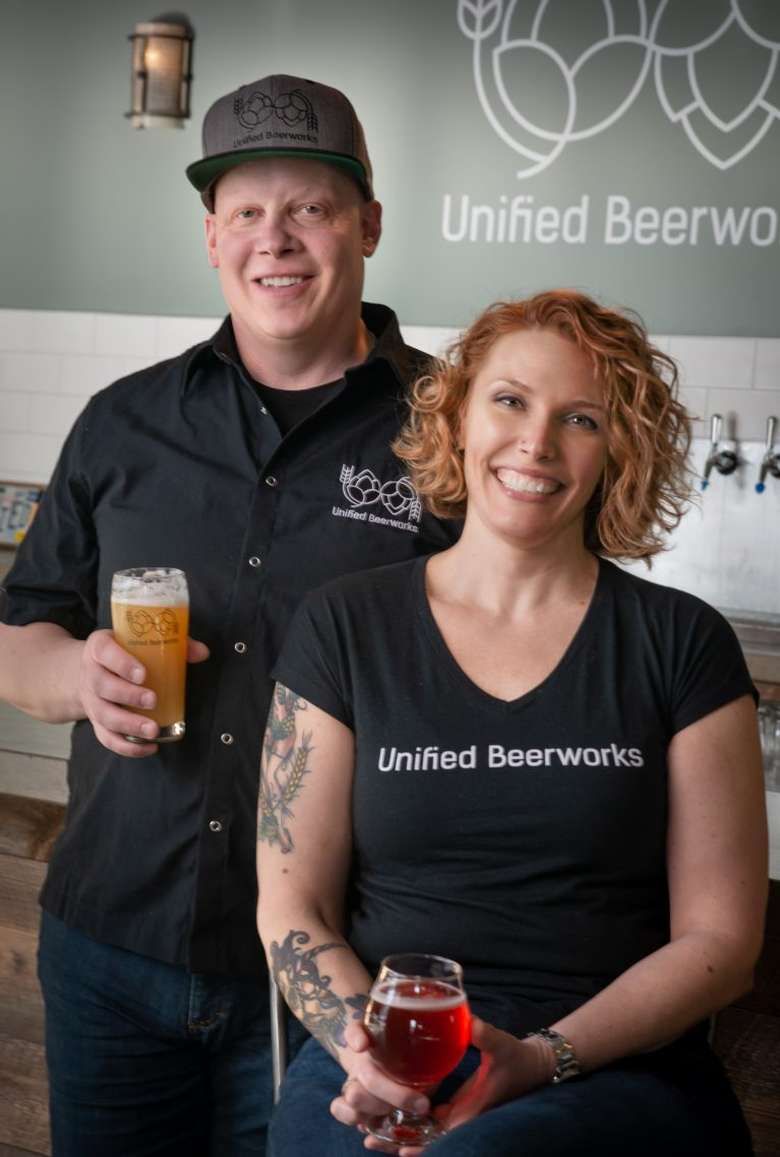 If you're looking for good beer and conversation in the Capital Region, then take a trip to Unified Beerworks in Malta, NY. This local craft brewery and taproom is the perfect place to try new craft beers with others.

Taste Something New at Unified Beerworks

Unified Beerworks opened back in October 2018, and it is owned by husband and wife team Jeff Mannion and Erika Anderson. Although they have different tastes in beer, music, and even paint colors, both share a strong passion for making delicious craft beer.

After exploring the world of craft beer, the two decided to open a new brewery and taproom in Malta so they could share their passion with the local community. While Jeff creates hazy, juicy New England style IPAs and pale ales, Erika concocts fruity sours and funky saisons.

Their vision for Unified Beerworks is for it to be a place where people can relax, talk, laugh, and become unified through their love of craft beer.

Unified Beerworks' taproom features a large bar and seating area with a glass bay door that opens up on sunny days. You can get beer to go, or enjoy your time at the taproom while tasting different craft brews. They offer cheese from Willow Marsh Farm in Ballston Spa, and on Fridays and Saturday, the brewery hosts local food trucks and live music. You can also bring your own food with you.

Be the first to review!

Taste Your Way Through the Craft Beverage Scene of Saratoga
Saratoga County is rife with highly rated, diverse, and even award-winning wineries, breweries, and distilleries. No matter your craft beverage preference, Saratoga satisfies. See a list of craft beverage producers below, along with a quick snapshot of each one's background, what to expect, and suggestions on what to sample. Grab your favorite designated driver and sample your way through the County. Cheers!
Beat the Heat at These Hot Places for Cool Drinks in Saratoga
Since it's known as "The Summer Place to Be," Saratoga would be sorely remiss if it did not boast drinking establishments out the kazoo. This is a great city to chill out in, especially when it's hot. Here are some of the best places where you can quench your thirst and beat the heat with a cool drink.
Enjoy 48 Hours of Winter Fun in Albany Without Any Snow
Ski-cations aren't the only type of getaway you can plan this time of year. When there's little to no snow on the ground, there are tons of alternative activities to enjoy both indoors and outdoors. This 48-hour itinerary highlights some of the best ways you can spend a winter weekend in Albany without any snow.
Experience a Fun-Filled Winter Weekend in Saratoga Without Any Snow
Snow or no snow, winter is always a great time of year for a Saratoga Springs getaway. There are plenty of fun activities this season that don't require any snow, including winter hikes, wine tastings, and visits to local museums. To help you plan your next getaway, we've put together the best 48-hour no snow winter itinerary for Saratoga.
Saratoga News/Events Roundup: Holiday Festivities, a Toy Drive, and More
Stay up-to-date on the latest holiday happenings and news from the Saratoga community. Downtown Saratoga is alive with festive events, Santa Claus is returning to Wilton Mall, and holiday gift shopping is underway.
What to Do in Saratoga When It's Below 0 Degrees
It's an unfortunate reality that during the winter months, temperatures in Saratoga sometimes drop below freezing and can even go subzero! There are plenty of temptations in Saratoga that can lure you out of the house, even when it's too cold to enjoy winter's many outdoor activities. Here's what you should do when the temperature slides below your comfort zone.
Local Favorites in Clifton Park & Southern Saratoga County
A restaurant with lakeside dining in the summer and a roaring fireplace in the winter. Big name performers at one of the prime concert venues in the region. A Bird Conservation Area where over 200 species have been observed. These are just a few of the hotspots and hidden gems locals love about Clifton Park and Southern Saratoga County. What would you add to the list?
Tags:Open