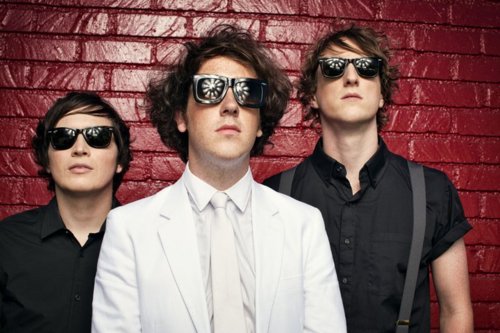 The Wombats are just one of the bands headlining the upcoming MOVE festival on Saturday, April 21, 2012. And unless you are one of my fellow Alt Nation (Satellite Radio) listeners, it might be the greatest band you’ve never heard of. Or at least one of them.

In fact, as I’m writing this The Wombats’ (Jump into the Fog) single has not only made the week’s alt 18 countdown list, coming in at number 8, the cool tune beat out acts like Gotye, Fun and Jack White to claim the spot. Take a listen.

The ticket price for the entire MOVE festival is just $12 – a heck of a deal to see The Wombats. But wait a tick – you’ll have access to check out over 99 other acts during that day. Plus, festival organizers are holding a trade show and educational round table sessions with industry professionals at Hotel Albany to create a place for open dialogue on the music industry for budding musicians and their bands. Visit the Move festival’s website movemusicfest.com to learn more.

On March 26, 2012 The Wombats official website posted that this British Indie band “are the latest act confirmed to join Red Hot Chili Peppers at Knebworth Park (Saturday 23 June) and Sunderland Stadium of Light (Sunday 24 June) this summer. Hoo – ho, Albany gets to host them first.

So yes, that’s cool. And what better place to bring this coolness than to Downtown Albany. Here are the designated venues for the upcoming MOVE Festival:

Check out the full schedule at movemusicfest.com and get out and have some fun. Over and out.