All things you’d expect to cover during a family visit over the holidays, yes? 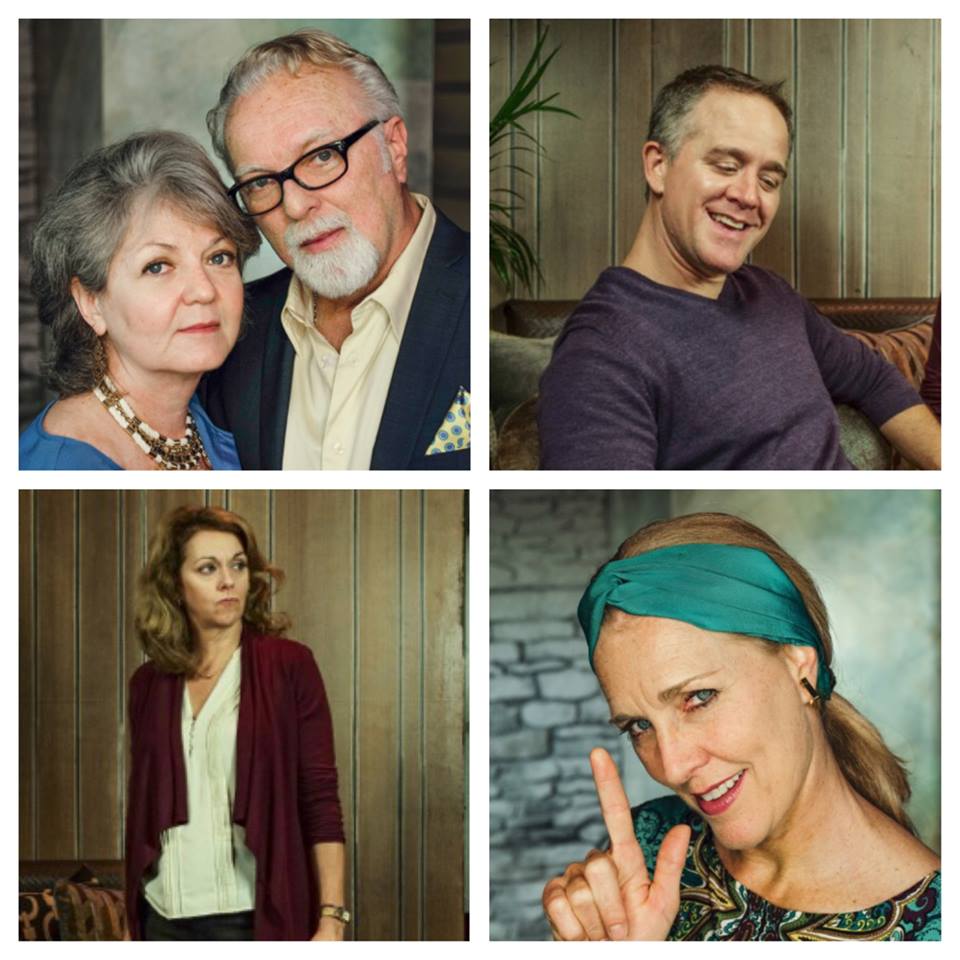 In Other Desert Cities, at Capital Repertory Theatre through October 19, 2014, we sit witness as a small family engages bluntly in these topics.

In the play, Brooke Wyeth (played by Brenny Rabine) returns home to California for the holidays and to disclose the topic of her latest book. Centered on one of the family’s dark secrets, we see what unfolds as she works up the courage to hand over the text and the fallout once she does.

It’s not just a book though; it’s Pandora’s box. With her return home after a six year absence, there is no topic too taboo. What starts with conversations about Brooke moving back to California and jokes about the TV show her brother is producing quickly turn to discussions about the third child – a son who committed suicide after a group he was associated with blew up a building. It is the latter where Brooke has chosen to focus her latest book.

With her father Lyman (Kevin McGuire), mother Polly (Ellen Parker) and brother Trip (Torsten Hillhouse) aimed at keeping the book from being published and aunt Silda Grauman (Marcy McGuigan) pressing her to stick to her guns, the scenes that unfold are tense, awkward and brutally honest – all in the best possible way.

For Brooke, this move is her way of trying to make sense of what happened to her brother, but her family fails to see it that way.

The way they see it, staunchly conservative Polly and Lyman have not only their family to protect, but also the relationships they’ve built through their careers – hers as a screenwriter and his as an actor turned ambassador.

Trip, initially supportive of his “depressive” sister, quickly turns to tough love while Silda continues to push Brooke to stand up for her decisions. What we see as a result is the emotionally instability of a daughter who, in trying to fight her own demons, is forced to face her family’s as well.

Rabine so perfectly plays this role, with all of its emotional twists and turns, that you’d almost expect her to say she’s gone through this in her own life. With power and fragility, she paces around the stage seeking comfort and solace in people, furniture, a bottle – anything that will help. With transitions from powerful to meek, from knowing she is right to desperately seeking the approval and help of her loved ones, we see Rabine shine.

Her effort to gain understanding seems futile when put against the strong-willed, silver-tongued portrayal of the matriarch that Parker brings to the stage. There are few words that do Parker’s performance justice. She is presented with no easy task, as Polly works to keep her family together and simultaneously threatens to tear it apart. Because of the impeccable acting, her brutal honesty feels less like an attack than it does someone who has earned the right to say what she’s thinking and let others deal with the fallout.

As the father, McGuire plays perfectly the role of a man who remains calm until he absolutely no longer can. While Polly is brutally honest all of the time, Lyman works to keep the peace when possible.

In his role, McGuire shows the perseverance of a man who has survived not only Hollywood, but the loss of a child and the emotional instability of at least one other. Due in part to his life experiences and in part to the memoir and the snowballing impact it’s having on his family, he yells at one point what might be the most poignant line of the play: “Maybe you don’t get to be happy very long in this life.”

That none of the characters seem honestly happy doesn’t stop them from making laugh out loud jokes during their interactions. While both Hillhouse and McGuigan have moments to show off their dramatic talents, they each provide some much needed comedic relief.

In total, the cast performs perfectly as a family who show – if nothing else – the regret of conversations that happen too late.

The show we attended drew people in their 20s up through senior citizens, and I’d recommend it to anyone who’s even remotely interested in theatre – and for those who aren’t, this show could might just make you an avid theatregoer.

Behind the Scenes with Maggie – October 19, 2014
This series features a pre-show “behind the scenes” discussion with Producing Artistic Director Maggie Mancinelli-Cahill. A light continental breakfast starts at 12:30 PM, discussion from 1:00 PM to 1:30 PM, and a 2:00 PM curtain.