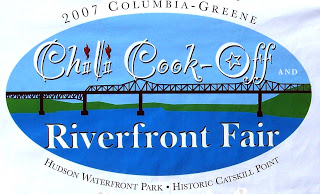 HUDSON — One of the more interesting things about being known for decades of writing about food and beverages — among many other topics — is that you often get the opportunity to judge competitions involving those items.

That’s not always a gastronomic treat. The dishes entered in competitions often are alarmingly similar. That (a) makes it difficult to select a winner, and (b) makes for a very boring time. There have been moments when I was glad all the eating utensils were plastic. Very difficult to slit your wrists with a spork.

That’s why today’s Columbia-Greene Chili Cook-off held simultaneously on both sides of the Hudson River was such a treat: 18 different batches of chili — a dozen at Hudson’s Riverfront Park and a half-dozen in Catskill Point’s farmers market — with “different” being the operative word.

Until today, I had never judged a competition in which each and every entry was distinctly different from all the others. Usually, it seems as if you’re sampling the same recipe over and over. Not this time.

Not that all were great, but the preponderance of them were well above average. From a simple and tasty three-bean, two-meat chili whipped up by a duo from Boy Scout Troop 114 of Valatie to a sophisticated Chocolate Stout Chili from Kristopher Rose who incorporated unsweetened chocolate and craft-brewed stout for a Mexican-style chili, imagination reigned.

Many of the competitors used a wide variety of homegrown peppers. Most willingly shared their recipes. Each one had a “secret” twist for the chilis that ranged from vegetarian to lamb, to lamb/chicken/beef to short rib to a gazpacho-based concoction.

The aforementioned Chocolate Chili Stout won the Greene County section as well as the cross-county overall winner. Gigi’s Chili was No. 1 on the Columbia County side.

This was only Year 2 for this particular event, unique in that visitors had the opportunity to take a free boat cruise on the Hudson River between the two sites. It should be a long-running affair. Which would be a very good thing since it’s a fundraiser for “Columbia County Bounty.”

That’s a new program created to promote and support networking connections between local agricultural producers and culinary businesses as well as educate the community about the preservation of local farms and regional sustainable foods and products. 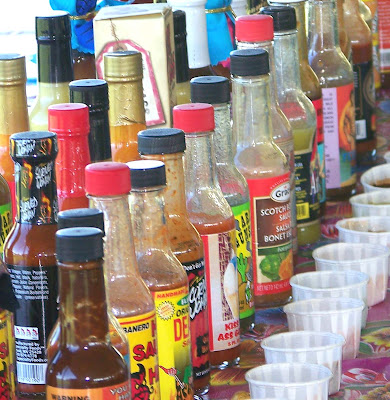 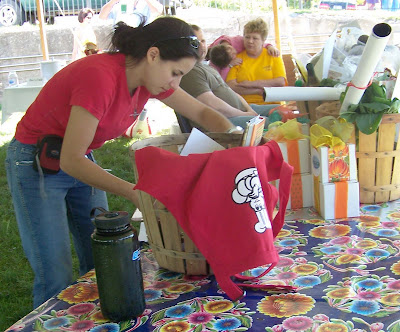 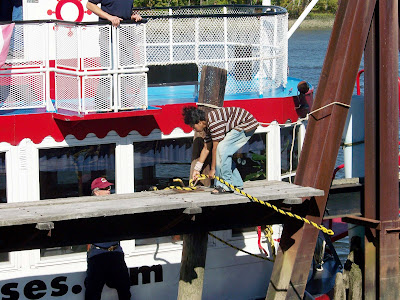 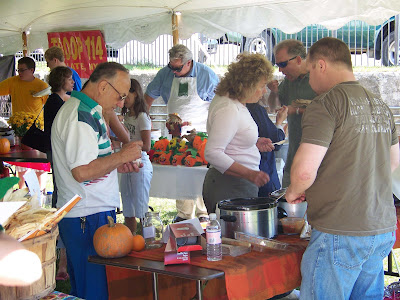 William M. Dowd is a Capital Region writer and photographer. He’ll help you keep up with information on food, drink and destinations at Taste for Travel and Dowd On Drinks.