August 3rd was the ribbon cutting and “official opening” of the revived Washington Place in Troy, a cobblestone street that for the past several years had been in dire shape.

The Washington Park Association had rallied to ensure the historic stones (actually called Belgian block pavers) be preserved and relaid, stone by stone. After a long and tedious reconstruction, the beautiful street is finally open to traffic again. Learn more and see photos of the new street and ribbon cutting ceremony…
The ribbon cutting ceremony lasted less than an hour as dozens of onlookers, media and street residents cheered and snapped photos. A horse-drawn carriage added the missing touch to authenticate the historic feel of the cobblestone street.

Within minutes of the ribbon cutting, residents of Washington Place began to move their cars onto the street, happy to be able to park at their doorsteps once again. 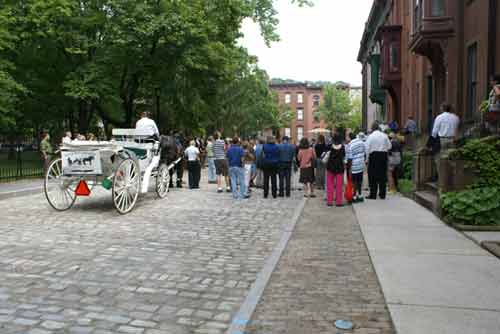 A crowd flocks to Washington Place in Troy, NY for the Ribbon Cutting of the newly laid cobblestone street 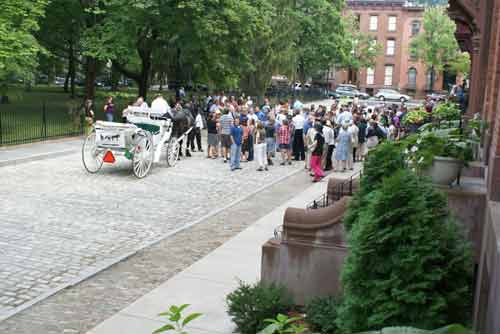 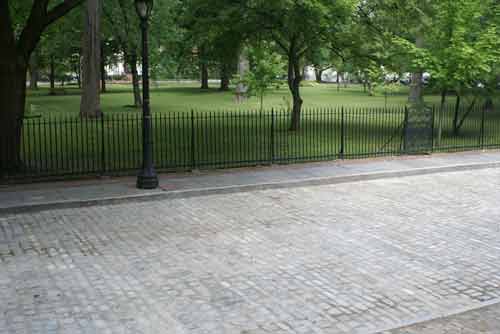 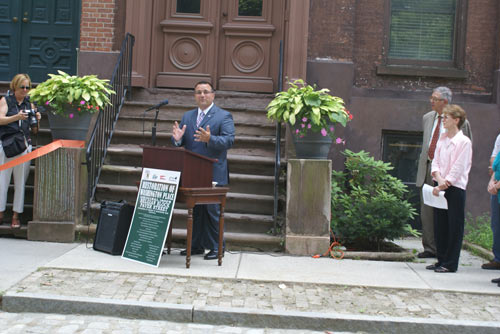 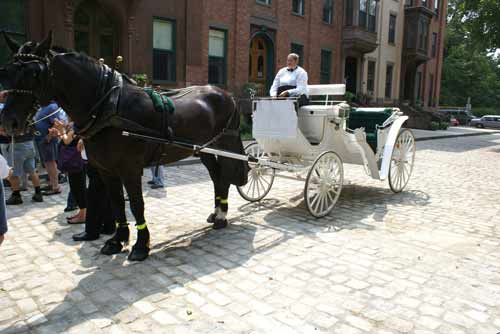 A horse-drawn carriage (Saratoga Horse & Carriage) adds to the nostalgia of the event, like a picture from yesteryear in the Collar City 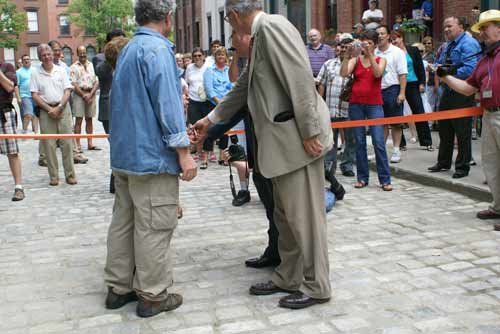 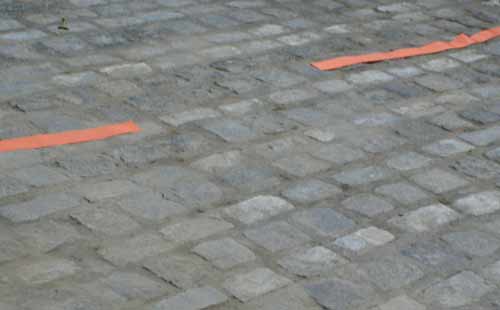