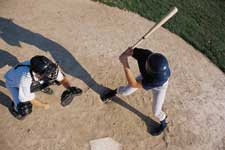 The Tri-City ValleyCats have named the four fields that they will be renovating in 24 hours – one day! – from midday April 15 through midday April 16.

This generous act was prompted by the tenth anniversary of the ValleyCats – they are partnering with Friendly’s, Price Chopper, CDTA and the Brickman Ground to make these renovations possible.