Jesse Eisenberg, star of the Social Network, will be in the Capital Region on Monday, October 24 to participate in two performances of Theater of War, a small project that guides discussions about the impact of war on individuals, families and communities. 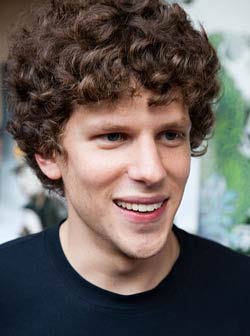 Theater of War will include the dramatic reading of two ancient Greek plays: Sophocles’ Ajax and Philoctet. Afterwards,a town hall discussion will be held about the challenges faced by service members, veterans, their families, caregivers, and communities.

It’s refreshing to see a young actor getting involved in small project, for a great cause. What do you think – will attend a performance?