The fourth of July should be filled with All-American activities like fireworks, barbecues and rock ‘n roll. Luckily, New York State’s 4th of July Celebration presented by Price Chopper at the Empire State Plaza will have an abundance of all the above, especially rock ‘n roll. Tommy James and the Shondells is all set up to headline this event, and Albany.com got an exclusive interview!
Tommy James and the Shondells are music legends with over 100 million records sold worldwide. Some of their best known songs are, “Mony, Mony,” “Crimson and Clover,” and their breakout hit, “Hanky Panky.” 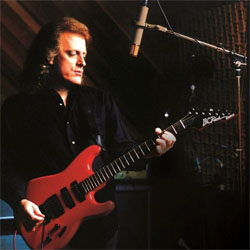 “I can’t think of a better place to spend the Fourth than right in the middle of the capital of New York,” said James. “It’s a great chance to meet a lot of people and shake a lot of hands.” James also explained that he grew up in Niles, Michigan, a small town in the midwest, where Independence Day was a big deal. “To provide the soundtrack for such a special day is a really cool deal.”

In recent years, James has focused his creative efforts on writing books rather songs, with his bestselling autobiography, “Me, the Mob, and the Music.” An engaging read, the book tells the story of James’ rise to stardom, and what it was like to work for Roulette Records, a “front” for the Genovese crime family in New York.

The book is being turned into a movie, but there are no hints as to who will be playing James just yet. James said he would leave that to producer Barabara De Fina, the creative genius behind, “Good Fellas,” and “Hugo.” “They’ll just have to find someone who plays guitar as badly as I do,” joked James.

9 platinum albums, and 23 gold singles speak to the contrary of that statement, and the crowds that will undoubtedly pour into Albany to see Tommy James and the Shondells will as well!

The band is set to perform at 8:15 pm at the Empire State Plaza on July 4th.

Are you a lifelong Tommy James fan? Will you be headed to the plaza on Independence Day to see him?