Upaya Production’s Patrick Longo is ecstatic about his new production, Cassandra, The Musical, which is slated to open in 2014. 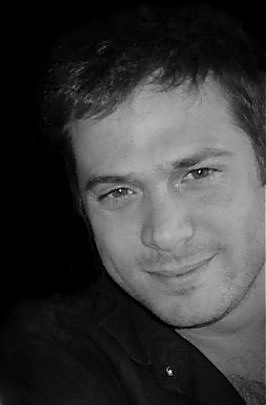 Fundraising is pertinent to continue the project – learn more about this local production and Longo’s story!

SL: Can you tell me a little about yourself and your background?

PL: I am originally from Clifton Park and now reside and work in Schenectady. I have a Master degree in Creative Writing with a concentration in poetry. I have been a college instructor for the last 15 years, including the Academy of Art University and Schenectady County Community College.

SL: Is Cassandra, The Musical an original musical?

PL: The musical is all original, but uses the Greek myth of Cassandra of Troy, from Homer’s Iliad, as the inspiration. In my version, we follow Cassandra, through three lifetimes.

SL: What inspired you to undergo this production?

PL: A friend of mine kept doing things I told him would end badly and he kept doing them. He told me I was a “Cassandra,” and that I could see the future but no one would believe me! After studying the myth, I knew I had my next project, my so-called “muse” and a real dramatic framework to work with.

SL: How do you amass a team for a production?

PL: I’ll hold a couple of networking events to see who is interested and who I can relate to and who has the most inspiring thoughts on what to do with the themes of the play. I have a lot of great ideas as to what should happen on stage, but it all can change once I share the vision with someone far more talented than me.

SL: When and where will Cassandra, The Musical open?

PL: The musical is slated to open next spring in 2014, but is dependent upon available theater space. The goal is to stage it at Proctors Theater in Schenectady. Other choices include The Egg in Albany and the Troy Musical Hall in Troy.

SL: How much will the production cost?

The cost to produce the play is probably around $40,000. I’m trying to raise $22,000 of that on Kickstarter.com, while also communicating my goals through my website, cassandrathemusical.com.

SL: How do you use social media to reach out to fans and funders?

PL: I’ve used Facebook, LinkedIn and Twitter, syncing all four accounts seamlessly, which also are linked to my website, cassandrathemusical.com. I messaged, called and emailed a lot of friends and family, asking them to consider pledging and if not, to spread the word through their social networking pages, which generally gained favorable response.

SL: Can you describe how you use Kickstarter?

PL: Kickstarter is a great way to aggregate several things: collecting backer monetary pledges and gives me a megaphone to communicate what I am trying to achieve.

SL: How is the funding going so far?

SL: What do you hope people will take away from Cassandra, The Musical?

PL: It’s really saying that we don’t have to treat people of power and influence like they are contemporary Gods or Titans. We don’t have to worship people that in the end if we were to really know them we could quickly see them for what they are: narcissistic, sociopathic and vapid. The true belief in America is that we can come from nothing to rise to the greatest heights, but so many of us never take the shot.

Best of luck on your fundraising campaign! For more information on donation to Cassandra, The Musical, click here!