Earlier this summer, a world record was set in France for the largest gathering of people wearing fake mustaches. Well, this Saturday at the ValleyCats game, that’s all about to change.

In honor of ValleyCats manager Ed Romero, the Tri-City ValleyCats will attempt to break the Guinness World Record for the largest gathering of people wearing false mustaches this Saturday, August 24 at Joseph L. Bruno Stadium in Troy, NY. 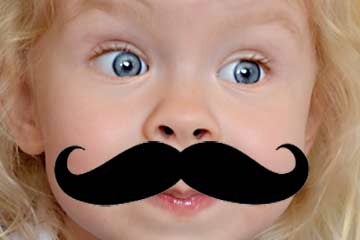 The best part is, the mustaches will be handed out free to the first 3,000 fans through the gate so you won’t have to go hunting down your own ‘stache. At some point during the game, The ValleyCats will ask for all who received the mustaches to put them on. The current French record stands at 1,654 fake mustaches. We can do better than that!
The theme of the night is “This Day in History” as the ‘Cats pay tribute to everything that occurred on the date August 24, including two very significant events that took place in and around the Capital Region.

On August 24, 1853, the original potato chips recipe was created in Saratoga Springs, NY, and in 1869, the first waffle iron was patented in Troy, NY.

FREE tickets for vets and Aug 24 birthdays! The night’s festivities are being presented by Monolith Solar, who are inviting Veterans to be their guests. Veterans just need to show their military ID at the box office to receive their complimentary tickets. In addition, anyone whose birthday falls on August 24, will receive free admission.

Tickets are still available by visiting the ValleyCats box office, calling 518-629-CATS, or visiting their website at www.tcvalleycats.com. Get your tickets, get there early, and help set a world record this weekend!

Learn more about the Tri-City ValleyCats >>