For Matthew Wilson of Albany (center, photo below), taking up bagpipes was just another hobby. But the camaraderie of the Albany Pipe Band and its intoxicating motivation, Wilson was recently named pipe major of one of the foremost pipe bands in the region. 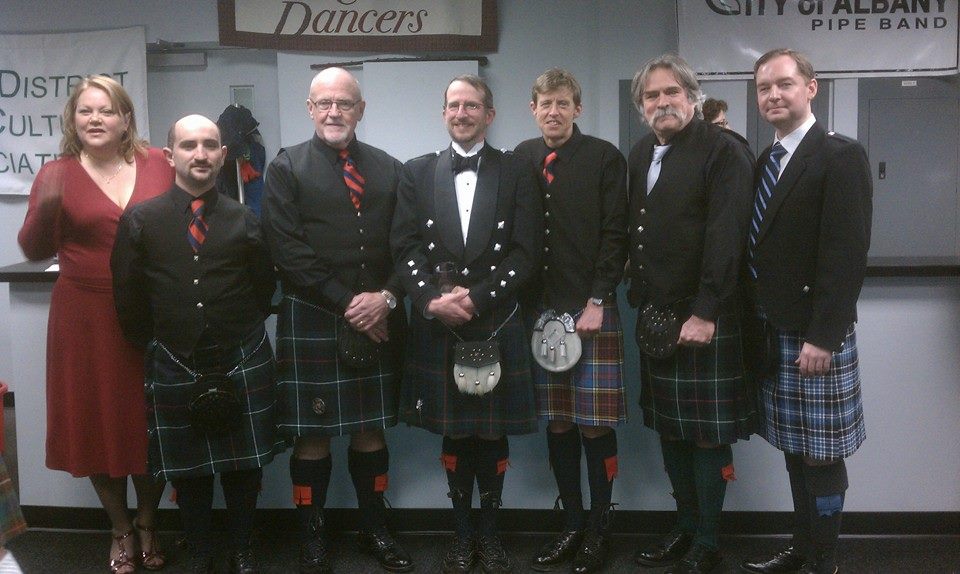 “I was named the pipe major just a few weeks ago. My responsibilities encompass leading practices and performances, tuning the band, directing our instructional program and coordinating our musical selections,” said Wilson.

With a desire to learn, Wilson took up bagpipe lessons in 2003 with the Albany Pipe Band, which has been around since 1984. The pipe lessons opened the doors to solo and band pipe competitions with the organization across the country. Wilson now spends every day honing his skills on this complex instrument.

Components to a bagpipe:

“I end up practicing on my own about an hour a day in order to keep up on the band and solo material. That’s probably on the upper end of the bell curve, but it’s something I enjoy. For me, the solo competitions I take part in are a driving factor in my playing,” said Wilson. 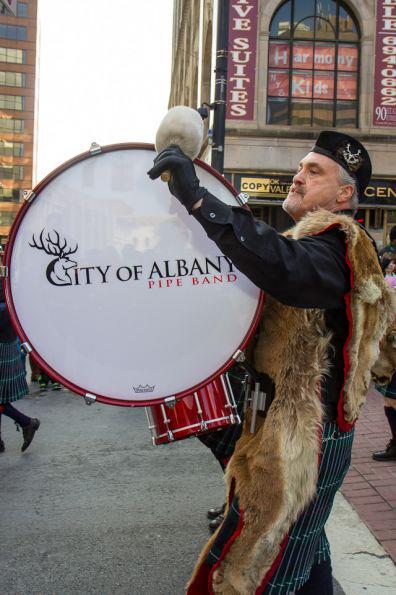 The Albany area is actually a hotbed for piping and drumming. Up until last year, Albany was home to a Grade 1 Competition pipe band, one of three in the nation including Los Angeles and Chicago. There is still a wealth of talent in the area and the top competition in the world for amateur piping happens in Albany – The Nicol-Brown competition.

But anyone with a drive for music can get involved in the pipe band scene. The Albany Pipe Band offers lessons for pipes and drums during their Thursday evening practices at the Celtic Hall in Albany. Celtic Hall also sponsors its own workshops and entertainment for people looking to get their foot in the door.

“Personally, when I had this idea to take up the bagpipes, I happened to take my initial lessons with the [Albany Pipe Band] purely by chance. I’ve been with them ever since. Not only is it gratifying to see the core group we have grow musically, but I’ve also come to treasure the friendships made in the band and the piping community in general,” said Wilson.