Latham-based developer Nut Island is making its debut at the American
International Toy Fair in New York City this February in hopes of finding a
retailer for “I Know New York.” 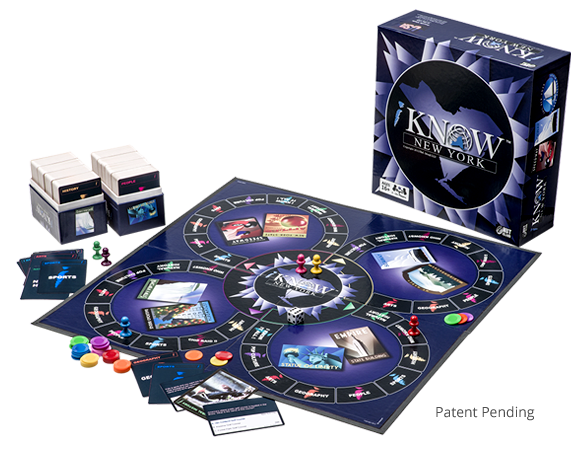 “I Know New York” trivia game has garnered a lot of media
attention and February 16 marks one of the most important dates for local developer Nut Island, who will showcase its first product at the American International Toy Show. TIA invites over 1,000 exhibitors and is open to only buyers and the media. Nut Island will be vying for shelf space from retailers across the country.

“I Know
New York” highlights the important historical moments that define us as New
Yorkers – with a modest sprinkling of local trivia questions. Intended for
teens and adults, the trivia game will appeal to many audiences.

This is
Nut Island’s first major project and says “several games are under development
for the upcoming year.”

Here’s a sneak peak at some of the local questions from “I
Know New York” for all the brainiacs in the room:

1) This 25-year-old wife of an alligator wrestler was the first
person to swim the 32 chilly miles of Lake George. What was her name?

2) What is the name of the 19th Century meat
producer from Troy who helped supply American troops during the War of 1812 and
whose image has been synonymous with U.S. patriotism?

3) Living in a city reminds this raptor of its native habitat,
high cliffs near open areas. Which bird has moved into the New York City
and Albany areas?