On September 14, 2014, Hoffman’s Playland closed the doors on its 62nd and final season as one of the Capital Region’s premiere family attractions. Three generations of youngsters spent summers enjoying the park’s classic rides, from the two ferris wheels and the scooter cars to the kiddie roller coaster and the iconic iron horse train.

Given how much children loved Hoffman’s Playland, it’s no surprise that those kids, who have since grown into adults, came out in droves to support the cause of keeping the park from shutting down for good. Thanks to their efforts, less than one month after Hoffman’s last day, it was announced that the Playland will have a second life with a new name and a new location. 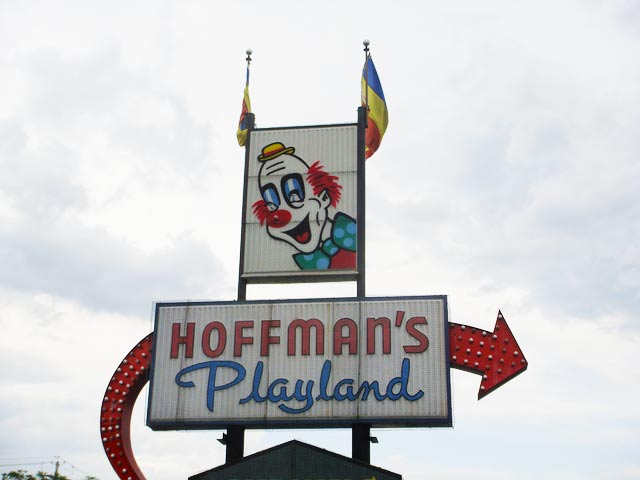 This was always the plan of owner David Hoffman, who took over the park’s operations in 1974. The year-round upkeep of the Playland had become too much and although he didn’t want to see the park lost forever, Hoffman knew he wanted to spend his retirement doing something else. His goal was to find someone to purchase and relocate the rides while he kept and developed the valuable piece of land his family has owned since the 1930s. As the end of the 2014 season neared, though, Hoffman and his wife, Ruth, found themselves faced with the very real possibility that September would be the end of the rides’ tenure in the Capital Region.

But 60+ years of positive feelings and happy memories were more powerful than Hoffman may have realized and the movement to save the Playland spread from Facebook, where a support page had gained over 20,500 likes, and into the Office of the Albany County Executive, Dan McCoy. McCoy was instrumental in negotiating perhaps one of the most popular business deals in recent history that would ultimately keep a summer fixture at home in the Capital Region.

The other party in the deal is Jeff Sperber, President of Huck Finn’s Warehouse and More on Erie Boulevard in Albany’s warehouse district. It just so happens that a large plot of land adjacent to Huck Finn’s is the perfect destination for a relocated amusement park, if only money could be secured to aid in transporting the rides and setting up the new park.

Finally on October 8 after complex negotiations between the Hoffman and Sperber families and review by the Albany County Industrial Development Agency, grants totaling $650,000 were approved and Hoffman’s Playland began the first phase of its new life.

Hoffman’s Playland will now be called ‘Huck Finn’s Playland,’ but even with a new name, the joy that the park instills in children will be the same as it always has been. The 150 seasonal jobs that were lost when Hoffman’s Playland closed will be recreated in the new location giving Albany’s youth the opportunity to learn job skills that will help them be successful throughout their lives. The land is already being prepared for the delivery of the rides and Huck Finn’s Playland is expected to open the doors on its inaugural (or 63rd) season in 2015.

Do you love attractions like Hoffman’s Playland? Check out our amusement parks directory for more fun in the Capital Region!

Credit for both photos: milst1 via photopin cc