Pizza is often recognized for its delicious crust and loaded toppings, but what about the ovens that create these mouthwatering masterpieces? Zagat, the online restaurant guide, decided to find the coolest pizza ovens throughout the nation, and they have shared their discoveries. What’s even MORE cool? Zagat named Troy’s own Bacchus Wood Fired Pizza as having one of the nation’s top 15 “Totally Tricked Out Pizza Ovens.” 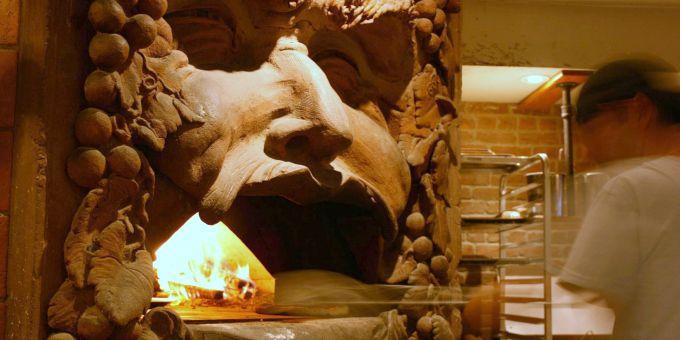 Bacchus Wood Fired Pizza of Troy has been serving up award-winning thin-crust pizzas since 2008. Now, its hard-working oven is getting some recognition.

Zagat chose only 15 pizza ovens, and Troy made the cut! The pizzeria was featured along with 14 other spots throughout the nation, including East Hollywood, West Houston, Oakland and North Beach. Bacchus’ pizza oven was featured as having “A hulking, head-shaped hearth [dominating] the dining room at this upstate New York eatery serving thin-crust pizzas and pastas.”

The oven was crafted by local sculptor Brian McCandless, depicting the head and gaping mouth of Bacchus, the Roman god of agriculture and wine. While it is a beautiful piece of art, it was a challenge to engineer from start to finish. As a combination of five different fired-clay pieces, this pizza oven measures five feet by eight and weighs several tons. Each piece was measured, sculpted and fired off-site, then trucked in to Troy and assembled in the Bacchus kitchen. Needless to say, the entire project took several months to complete.

Owner Jim Scully said, “While it’s a pleasure to have the oven recognized as the work of art it actually is, it’s also a really great pizza oven. Over the years we’ve won numerous awards for our pizzas, but none for the oven itself. So that’s pretty exciting.”

Check out the full article here >> 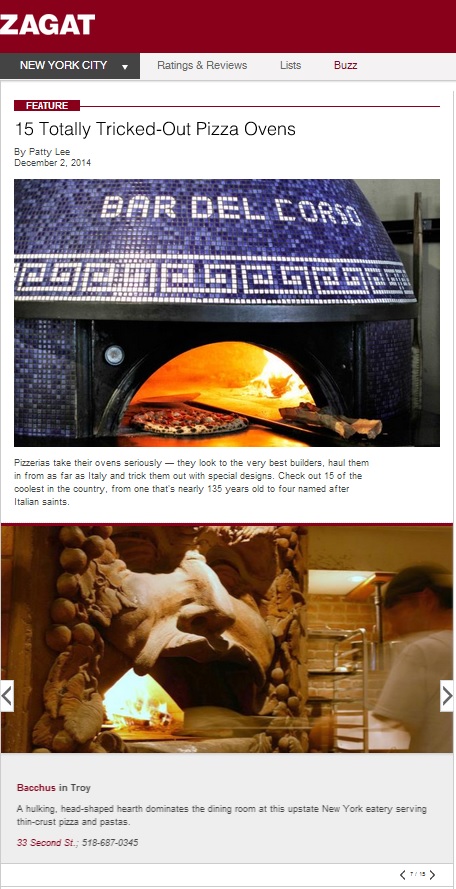 Ready to check out this award-winning pizza over for yourself? Visit Bacchus Wood Fired Pizza at 33 Second Street in Troy.

Pizza got you hungry? Check out dining in the Capital Region >>