When you picture a chef, what comes to mind? Gordon Ramsay on his show Hell’s Kitchen screaming and throwing things? Bobby Flay showing off his grill-master skills? Anthony Bourdain travelling the world in search of hidden culinary gems? Although these may be some of the most popular and recognizable figures in the business, the culinary industry is experiencing a dramatic shift in its lower ranks that will hopefully translate to change at the top. 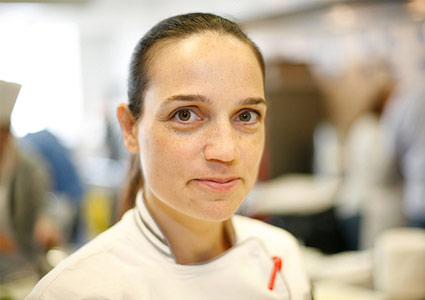 Photo Credit: Chef via photopin (license)
Years ago, women were dramatically underrepresented at culinary schools across the country with men making up the vast majority of students. Today, though, The Times Union reports that a more equal representation is happening locally and nationally, citing 48.4% women at the Culinary Institute of America in Hyde Park and 55% women in the culinary program at Schenectady County Community College.

Although the number of female chefs is undoubtedly increasing, the number of women in the top spot in their respective institutions still remains incredibly low. The Times Union writes, “Industry figures put the number of executive chefs…at about 8%.” That trend is also present locally where women are most likely to be in a kitchen’s top position if they own or co-own the restaurant. Out of hundreds of restaurants in the region, The Times Union identifies fewer than 20 female executive chefs.

Though they may not be the majority, the women chefs in the area are proving that they deserve their top spots, and they’re also working to mentor other young women who have lofty culinary dreams. Although child rearing can delay culinary ambitions, The Times Union quoted The Ruck’s executive chef, Rachel Mabb, as saying, “Having a family and going into cooking are not mutually exclusive.”