Last fall, the Capital Region community rallied together to save Hoffman’s Playland, an iconic children’s amusement park in Latham that had entertained youngsters every summer for more than 60 years. When the owners decided to retire, people from all walks of life came out to support the cause of keeping the park from closing for good. 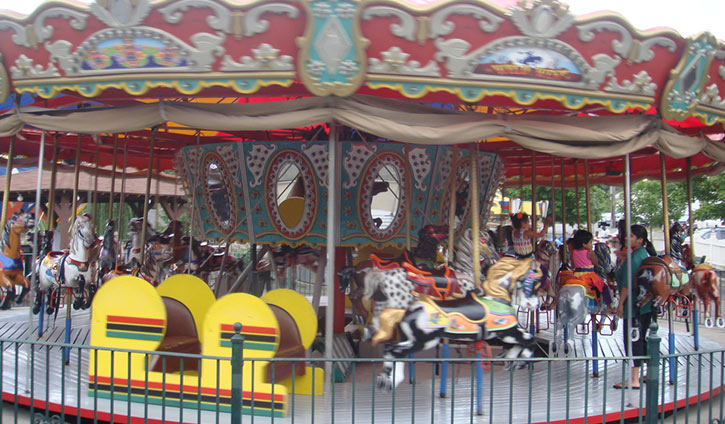 After complex negotiations, a deal between Huck Finn’s Warehouse and More President Jeff Sperber and the Hoffman family was finalized – the rides would be moved to Erie Boulevard in Albany and the park would be re-named Huck Finn’s Playland. Almost eight months have passed since the deal was struck, and Huck Finn’s Playland and its new owners now have their sights set on opening day.

The projected opening date is Memorial Day, May 25, but Sperber emphasizes that date is tentative and weather-dependent. In early April, the park announced on its Facebook page that a new concession building was under construction, the grounds were being prepped for the layout of the park, and the rides were being prepared and inspected. 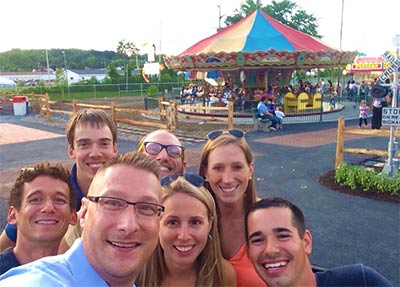 The community played a huge role in saving Hoffman’s Playland from closing for good, and Huck Finn’s Playland will be relying on local support as well. If you’d like to make a contribution, the park is currently selling commemorative bricks that you can engrave with a message and/or your name. The bricks will be constructed into a walkway that winds through the park.

During the first 60+ years of its existence, the Playland gave back to the community in a variety of ways, and the new park will be carrying on that tradition. Approximately 150 seasonal jobs are available, providing workers of all ages and backgrounds with quality summer employment. Applications are currently being accepted, and Sperber reports that many have already come in.

Perhaps the greatest gift the Playland provides is the memories that last a lifetime. Three generations of children have enjoyed the park so far, with hopefully many more to come.

Can’t wait to visit Huck Finn’s Playland this summer? You can get your tickets now! A book of 25 tickets costs just $29.95 with ride fares set at 1 ticket per person for the 13 kiddie rides and 2 tickets per person for the 5 major rides. The Playland will be open from noon – 9pm every day throughout the summer at its new location – 25 Erie Blvd, Albany, NY 12204.