Looking for things to do in Albany this summer? The New York State Office of General Services has put together a great line-up of events taking place at the Empire State Plaza throughout the warmer months. This year’s Summer at the Plaza series will offer free concerts, movies and festivals starting June 3rd. 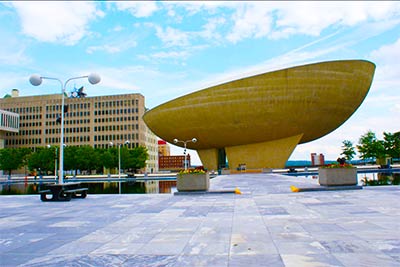 All of the Summer at the Plaza events will have free parking available in the East Garage starting at 5:00 p.m. Also, the stage is being moved to the north end of the Plaza closer to the Capitol due to construction on the State Museum staircase. Make sure to bring your own chair, as seating will not be available.

New this year to the always fun line-up of events at Summer at the Plaza is the Plaza at 50 Festival, which is a full-day event that will feature a farmer’s market, food, music and fireworks. Commissioner Destito stated in a press release, “What will make this year’s events even more meaningful is that we will also be commemorating the Empire State Plaza’s 50th anniversary with a festival featuring great food, live entertainment, and fireworks to honor all those who built the plaza and to celebrate the center of government and culture it has become.”

As always, great free and family friendly concerts will be featured every Wednesday evening starting on June 3rd at 5:00 p.m. Check out the line-up for this summer’s Capital Concert Series:

In addition to evening concerts, there will also be several celebrations and festivals taking place during Summer at the Plaza. Check them out!

What could be better than watching a movie under the stars on a warm summer night? Outdoor movie nights return to the Capital Region this August featuring family friendly movies in West Capitol Park. Forgot to pack snacks for your night out? No worries! Stewart’s ice cream will be on hand, as well as several other food and beverage vendors.

Also, held in conjunction with the Empire State Plaza Farmers Market, the “Made in the Shade of the Egg” outdoor performance series will take place every Wednesday at noon between June 3 and August 26.

We hope to see you at one (or many!) of these free events happening this summer at the Empire State Plaza!