It has been a busy few weeks for business in the Capital Region! From a new $20 million cancer center opening to several businesses making moves around the area, we have you covered on what’s been happening in the world of business lately. 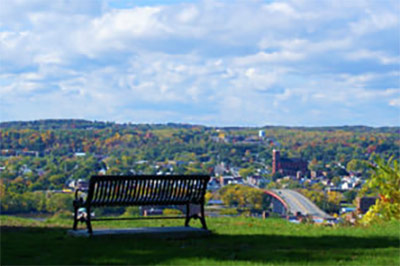 Have an event coming up that you may need help planning? Keep Mary Elise Rees Event Design in mind! The event design studio opened this past week on James Street. Rees offers a la carte elements to full scale event design and coordinating, Rees plans on becoming the one stop shop for all of your event needs. Everything is handcrafted from party favors to backdrops, and it is evident that Rees goes above and beyond to make each event unique and memorable. Rees told the Downtown Albany BID, “I strive to bring many layers of meaning to each event while sourcing and supporting other local small businesses, and look forward to introducing my work to a growing community of Downtown.”

AEON NEXUS recently opened their new headquarters in downtown Albany recently. The IT consulting firm was founded in Washington D.C. 15 years ago and credits the vibrancy of Albany’s downtown and easy access to commercial and government sectors as why they chose the city as the location for their new headquarters. Executive Partner Omar Usmani stated in a press release, “We are excited to be a part of the revival of Albany’s iconic State Street and look forward to riding the wave of economic expansion in the Capital Region.”

New York Oncology and Hematology also recently opened their state of the art $20 million cancer treatment center last week in Clifton Park. In addition to both radiation and medical oncology, the center will provide its Varian Truebeam System which offers pinpoint precision for areas where cancer is typically difficult to treat. This includes type of breast, head, neck and abdomen cancers.

A digital photography startup in Latham is making its way to the Quakenbush Building in downtown Troy. Pinhole Press makes software that converts digital images into cards, calendars and photo books. In regards to the move, CEO and co-founder Bill Gamble told the Albany Business Review, “We’re a tech company and really there’s a great startup scene going on in Troy.” He continued by stating, “It’s really what we see as one of the places where a lot of people are gathering for startup businesses.”

While one business is moving to Troy, another is moving out. Going against the grain of the most recent trend of businesses flocking to downtown Troy, Pioneer Bank is moving its headquarters and over 100 employees to Colonie near the bustling Wolf Road office area. According to the Albany Business Review, CEO Tom Amell plans on focusing on his strategy of developing a regional brand by moving to Colonie.