Guide to Albany's Capital Region
Enter Giveaways Advertise
Home  »  Community  »  Do Some Good at Alive at Five! Recycle & Help Those in Need

The Food Pantries, the City of Albany and Capital Community Can are coming together and collaborating for a summer-long project to benefit those in need in the Capital Region. They have put together a bottle and can drive that will take place during this summer’s Alive at Five concert series. 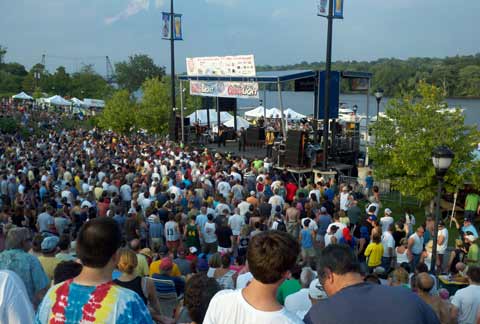 The city-wide food drive will take place each week at Alive at Five. All proceeds from recyclable deposits in special Capital Region Community Can containers onsite at each of the concerts during the series will be donated to Food Pantries in support of their mission to stop hunger in the CapitalRegion.

This campaign will peak during a two-week city-wide food drive scheduled for July 27th through August 7th. Cash donations and non-perishable food items such as canned goods will be collected in locations throughout the City of Albany. Last year’s drive collected over 2,500 pounds of food for families in need in the Capital Region.

If you’re heading to Alive at Five tomorrow, be sure to recycle in the designated Capital Region Community Can containers!