If you’ve ever been to New York City, I’m sure you’ve seen the racks of Citi Bikes lining the streets. What is a Citi Bike exactly? It’s a bike share system that allows for anyone to quickly rent a bike 24/7, 365 days a year as a type of public transportation. Recently, the Capital District Transportation Committee asked for proposals for its own bike share program in the cities of Albany, Schenectady and Saratoga Springs. 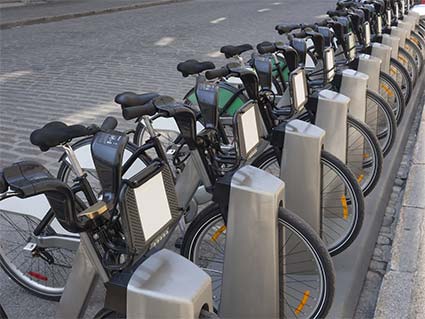 The permanent bike share would make 260 bicycles available for rentals in the three cities with the possibility of Troy joining in a later date.

The price for starting up this program ranges from $500,000 to $1.5 million, while the operating costs for a five-year span range from $1 million to $3.4 million. The CDTC has received hardware, software and administration proposals. Some of the organizations offered to provide the bikes, but not run the program itself, while others stated they would serve as consultants to help implement the project. Only two organizations offered to actually run the bike share.

Carrie Ward, the transportation planner at CDTC stated that there are a number of different ways to run the system. One example is requiring bikes to be locked to docking stations, while others would use GPS to track where the bikes are and require them to be left within boundaries.

While this is very exciting news for the Capital Region, CDTC Executive Director stated to the Times Union, “I don’t want to get anybody’s hopes up tomorrow we’ll have a bike share.”

What do you think about the possibility of a bike share program coming to the area?