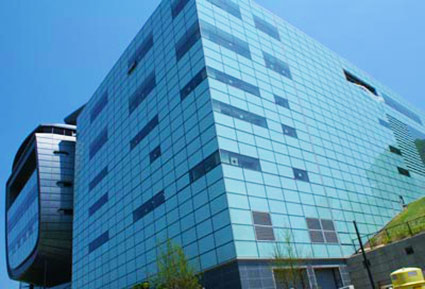 This immersive theater performance will have you scratching your head! 15 audience members sit and watch another 15 onstage. After about a half hour, they will find themselves replacing those onstage, only to discover that another 15 people have appeared in the seats they’ve left behind.

Italian collective, Flatform, will present a multimedia performance that manipulates moving images, programmed lights and objects to “see through” a static understanding of the world around us.

Using experimental camera techniques and hallucinatory imagery, with sets by Fernand LÃƒÂ©ger and costumes by Paul Poiret, L’Inhumaine tells the story of life, death and rebirth of a cold-hearted opera singer who learns to love.

Jobin will present a new work of “sound sculpture” built for the EMPAC concert hall by using an array of specifically placed loudspeakers.

The Machine Is The Message: How Technology Will Fundamentally Change Music – Thursday, October 22nd

Researcher and composer, Rob Hamilton, will explore the converging spaces between sound, music and interaction.

Eternity and Megalomania: The Politics and Mechanics of Archiving – Thursday, November 5th

This talk will give an overview of present preservation strategies in the digital domain and present the concrete solution that was found for EMPAC, which is both cheap and pragmatic.

This screening will examine the influence of Foley and effects on moving images. The feature film of the evening, Brian de Palma’s Blow Out, is a sonic response to Michelangelo Antonioni’s classic, Blowup.

On Screen/Sound: No. 8 – Wednesday, December 2nd

Introduced by London-based artist Cally Spooner, the final fall event for the series presents an evening exploring the specifies of transforming musicals from theater to screen.

Call the EMPAC Box Office at 518-726-3921 or purchase your tickets online for one of these fantastic events today!