Governo Cuomo recently announced that the opening of a new maintenance and repair hangar at Albany International Airport will create approximately 100 well-paid jobs for individuals in the Capital Region. 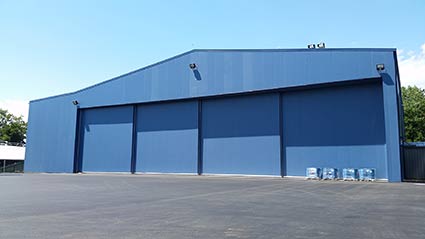 Image Courtesy of New York State
Work on the new project began in June 2014. The 17,000 square-foot building includes a 3,500-square-foot office building, asphalt apron and will serve CommutAir. Funding for the construction of the CommutAir maintenance hanger was made possible through a $3.8 million state grant, part of Governor Cuomo’s Regional Economic Council initiative that was award in 2012.

The grant allowed CommutAir to not only double the size of the hangar, but will also allow them to complete more in-depth maintenance checks than it had been prior to the project. The airline company has created nearly 100 jobs in the last year, and will continue to hire more people.

Senator Neil Breslin stated in a press release, “The continued expansion of Albany International Airport further demonstrates how the Capital Region has become a hub of positive economic activity. Investing in our transportation infrastructure is essential for our region to continue to attract and retain jobs and this expansion is critical to that effort.”

What do you think about the new maintenance and repair facility at the airport?