If you recall, in August, we told you how our own Times Union Center’s growing popularity with high profile performers was recognized by Billboard and has lead to a $15.7 million makeover plan.

Well, one more powerhouse of a musical collaboration has recently booked the TU for an upcoming October show and tickets sold quickly. However, there a still a couple options left for those looking to attend. 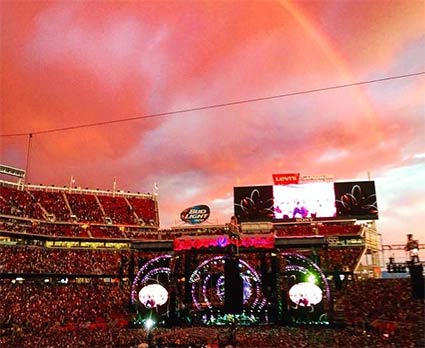 Photo courtesy of Ian Clough
It seems as though the east coast will get their chance to bid “fare thee well” to one of America’s most famous and iconic musical talents.

Grateful Dead alums: Bob Weir, Mickey Hart and Bill Kreutzmann will unite once more with John Mayer as the band’s frontman. Rebranded as “Dead & Company,” the band will embark on a coast-to-coast tour that kicks off in Albany at the Times Union Center on October 29th.

Still need a ticket? There are only a few left behind the stage on Ticketmaster — if you’re looking for better seats, you’ll need to look at third-party sellers such as Stubhub.

We hope to see you there for what’s sure to be an incredible evening of live music.