The Downtown Albany Food Fight is back! If you recall last year, restaurants duked it out in several meatball themed categories. The theme of this year’s Food Fight has moved on from the Italian delicacy, although it remains a big “dill” and filled with the “spear-it” of downtown Albany.

Check out the details! 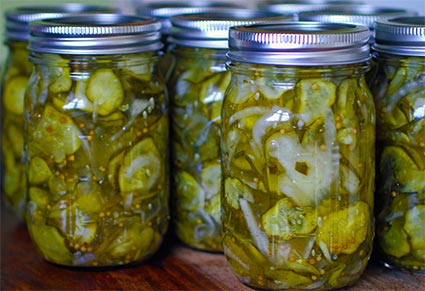 Georgette Steffens, executive director of Downtown Albany BID, stated in a press release, “The Food Fight competition that began last year is one more way the Downtown Albany BID is adding vibrancy on our streets, attracting residents, retailers and office tenants to choose this urban location.” She continued by saying, “This event showcases the amazing cuisine of our Capital City and the region.”

The Pickle(d) edition was the collaborative decision of a public survey hosted by Table Hopping blog author, Steve Barnes and an internal BID committee, who all recognizes the ongoing trendiness of pickles and all of its forms.

While the trend is prevalent across the country in homes and restaurants, it can also be noticed in pop culture. Portlandia, a popular TV show on IFC, dedicated an entire episode to the trend that is the canning and pickling phenomena.

Participants are not limited to variations of the traditional cucumber pickle during this event and creativity is encouraged! Applications to compete in the Food Fight are due by October 9 and can be found online.

During the event, vendors will sell a tasting of their prepared pickle or pickled item portions to the public for one dollar. Competitors are allowed to enter up to two different pickle selections and the event judges will be announced in late September.

Take a look at the four awards categories for which one can compete in:

We can’t wait for this year’s Food Fight. See you there!