Troy Music Hall is kicking off their fall concert season with several incredible artists, including a rare opportunity to see two iconic music legends perform together. See some of the highlights the venue has in store for the next few months below. 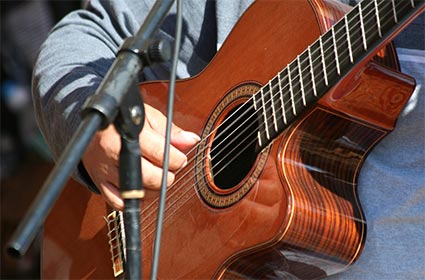 Yo La Tengo, one of the most beloved bands in the country, will kick off the fall season on September 23rd with an evening of acoustic sounds. The trio will mix covers of its song, remixes of their classics and brand new originals.

Lyle Lovett and John Hiatt will return to the area for an acoustic evening on Tuesday, October 6th to kick off Troy Savings Bank Music Hall’s concert season. Both Lovett and Hiatt have had legendary music careers that have spanned decades and the opportunity to see this duo perform together is a rare occurrence. When the pair has come to the Capital Region in the past, the shows have sold out, so get your tickets soon!

Regina Carter will be making a stop in Troy on October 15th. Carter is considered the foremost jazz violinist of her generation. Her consistent passionate and standout performances have brought her the prestigious MacArthur Fellowship, also known as a “genius grant.” Carter will explore folk music of the south during her tour.

The Indigo Girls, described as the “ideal duet partners” by Rolling Stone, will perform on November 6th. Over the last 25 years, the pair has written, recorded and performed music and has gathered fans from all around the world.

Gordon Lightfoot, an international folk-rock superstar, will grace the stage at Troy Music Hall on November 12. The show will feature his hits, as well as his deep album cuts, along with his own personal anecdotes.

Vanessa Carlton, best known for her smash hit “A Thousand Miles,” will make her debut in troy on December 3rd. Get your tickets and get ready to sing a long!

Check out the full schedule at Troy Music Hall here. We hope to see you at one of the many great concerts coming to the area!