We’ve been waiting for this! Since the increase in craft beverage establishments emerging throughout Albany’s warehouse district, people have been traveling from all over the area to sample the district’s brews, ciders and spirits. Well now, it’s official: A drinking tour exists. 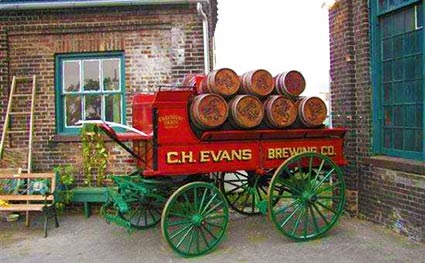 John Curtin, the trail president and owner of Albany Distilling Co., sees the trail as an initiative to draw in more business to the area. He told the Times Union, “We are trying to act as a catalyst.” The idea behind the trail was to make the relationships between these businesses an entity, rather than a loose affiliation.

Patricia Fahy, assemblywoman for the 109th district commented on the matter, telling the Times Union that, “This trail is really raising awareness to transform New York agriculture.” According to numbers from the Empire State Development Corp., the craft beverage industry continues to soar; It had an impact of $3.5 billion on New York State from 2013 to 2014. We can’t wait to see what comes as a result of this trail!

We’re looking forward to sampling our way through Albany! What do you think about this initiative?