Not caught up on your business news? Have no fear! We’ve rounded up some of the latest business happening that caught our eye. From a new children’s boutique to new positions announced, take a look. 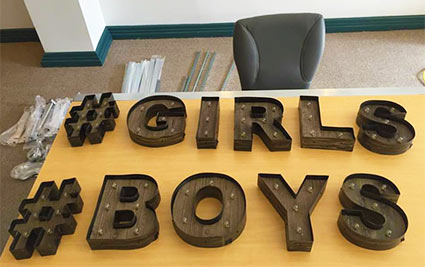 The Board of Directors of the Pride Center of the Capital Region have announced that after a five month long search, they have appointed Michael Weidrich as the new Executive Director. Michael brings years of experience to the position both professionally and as a LGBTQ activist. Board President Patricia Wood stated in a press release, “We are delighted to name him our Executive Director effective October 1, 2015.”

DPS Engineering, a high-tech architecture and engineering firm from Ireland, will move into a space at SUNY Polytechnic Institute’s new ZEN building as part of New York’s START-UP NY tax-free program. The firm has offices in Boston and Silicon Valley, but Albany will be the headquarters of its U.S. Advanced Technology Group. There will be hires made for 56 people and over $1 million in capital investments over the next five years.

The kids of the Capital Region are about to get a lot more stylish! Two Ring Circus is set to open in Troy at 279 River Street on Saturday, October 17th. The boutique will hold a collection of creative children’s clothing, featuring designers from the U.S., Europe and Australia. After having a hard time finding trendy children’s clothing after relocating to Clifton Park from Brooklyn, owner Irena Shein became determined to open her own’s children’s boutique. The clothing is targeted for boys and girls ages two through twelve.