Last year, The Enchanted City steampunk street festival transformed Troy into a Victoriana wonderland and brought in nearly 1,000 people to experience the magic. This year, the organizers anticipate drawing in an even larger crowd! See what the buzz is about: 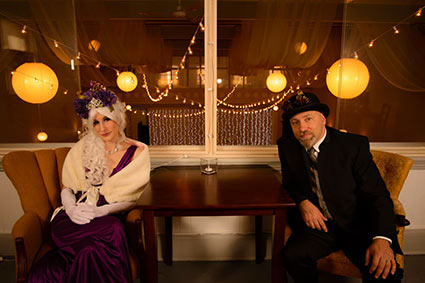 The Enchanted City will return to the streets of downtown Troy on Saturday, October 3rd. The free festival transforms the area surrounding the Rice Building near monument square.The day offers family-friendly music, games, performances and food. There are also special events throughout the day such as historic tours, street performers and peddlers, storytelling, magic acts and puppet shows. Attendees are encouraged to dress in steampunk themed clothes or as fairies.

What else is taking place at the festival? Take a look:

The coronation of the festival’s figurehead, Queen Mab, will take place at 11:00 AM at the Rice Building. Think Tulip Queen but slightly more industrial.

Yelp will sponsor a culinary challenge for local eateries. Restaurateurs will be given an ingredient to use in a creation of their imagination. Judges and festival goers will visit each competitor to taste and toast.

An Inventors’ Challenge will kick off at 11:30 AM. The challenge requires all inventors to decide and execute a vehicle to transport Queen Mab safely during the opening parade. Festival creator, Susan Dunckel, stated in a press release, “Troy has a history of out-of-the box thinkers who did things, at the time, that seemed crazy — like George Ferris, an RPI graduate who modeled his Ferris Wheel after Troy’s famous Burden Water Wheel! We are seeing that inventive spirit reemerge in Troy today, with groups like the Tech Valley Center of Gravity, RPI and companies like Appenda. The Enchanted City is all about showcasing that spirit in a fun way — bringing it into the streets, so people can see it and put their hands on it and rekindle our ‘future-past,’ That’s steampunk.”

There is also a sold-out after party featuring an intimate, immersive and multi-dimensional performance by Rasputina. Rasputina is fronted by Melora Creager, who played cello for Nirvana on the European leg of the In Utero world tour (including the band’s final show in Munich!) Troy-based design artist Robilee McIntyre will transform the venue space into an “enchanted forest” with a unique art installation, while costumed characters will bring the spectacle to life.

Will we see you this weekend at Troy’s Enchanted City Steampunk Festival?