The former Tobin’s First Prize Center will be one of the focal points of the Capital Region Economic Development Council’s Upstate Revitalization Initiative. Get the details! 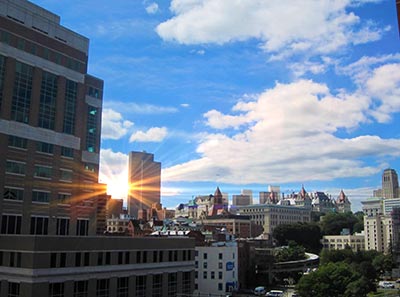 Exchange Street Associates recently acquired the former meatpacking plant, that has been closed since 1981. The building and land have plans to be converted into a 30-acre site for a hotel, fitness center, retail, office, and residential space. A movie theater is also included in the proposal.

According to the Times Union, the report stated, “This most recent proposal is different than previous designs in that will it will create a unique ecosystem responsible for job creation and community revitalization. The proposed ‘First Prize Center’ will be a mixed-use lifestyle center, successfully integrating residential housing with shopping, restaurants, entertainment and offie space. It will incorporate core principles of new urbanism — the pedestrian-friendly design; energy efficient; high-density residential spaces; and design centered around community and public space.”

There was no set price for this individual project, but instead, it has been grouped in with three other proposed plans for the area. The other projects include the Albany Convention Center, revitalizing Glens Falls and further developing the warehouse district in downtown Albany. The total cost for all four projects is $925 million to $990 million over the course of five years.