The Houston Astros announced today their minor league field staff picks for the 2016 season. Lamarr Rogers has been named as the next ValleyCats manager, Russ Steinhorn will return for his fourth season as hitting coach and Ace Adams will join the team as their pitching coach. Get all the details! 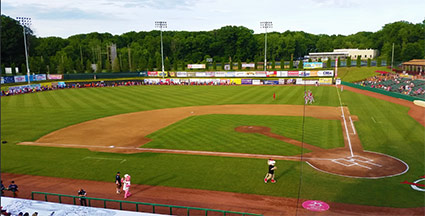 Rogers is the seventh manager in ValleyCats history, joining the team after leading Rookie Level Greeneville to their first Appalachian League title in 11 years. He takes over for Ed Romero, who had managed the ValleyCats for the past three seasons. Romero is no longer with the Astros organization.

This will be Rogers’ second season with the Astros organization, after spending 16 years with the St. Paul Saints Professional Baseball Club of the Independent Northern League. From 2004-2014, Rogers served as the Saints hitting coach and third base coach, helping lead the club to four appearances in the league’s championship series and seven total playoff appearances. In 2009, Rogers assumed the role of director of the Saints and the Saints Sports Academy in addition to his coaching responsibilities.

Rogers was selected by Colorado in the 49th round of the 1992 draft and played four seasons in the Rockies system before getting selected by the Detroit Tigers in the Triple A Phase 1996 Rule 5 Draft. Rogers went to spring training with the White Sox in 1997 before playing two seasons with the St. Paul Saints.

2016 will be Steinhorn’s fourth consecutive season as the ‘Cats hitting coach. In each of his first three with the ValleyCats, the team’s offense has been ranked near the top of the New York-Penn League. Steinhorn joined the professional coaching ranks in 2013 after spending the season prior as an assistant coach and recruiting coordinator for the Delaware State University baseball team. While with Delaware State in 2012, Steinhorn played a key role in directing the team’s offensive and defensive strategies.

Arthur “Ace” Adams joins the ValleyCats as pitching coach, after serving one season in the same role for the Astros Triple-A affiliate, Fresno. The Grizzlies returned to the playoffs for the first time in 17 years and won Fresno’s first Pacific Coast League title. Adams has also coached at the collegiate level, serving as the pitching coach at Dartmouth, Harvard, Brandeis and the University of Michigan.

Best of luck to this year’s staff picks for the Tri-City ValleyCats! We know you’ll have a fantastic season.