Not up to date on your Capital Region business news? We’ve rounded up some of the latest happenings that have caught our eye. From several new ribbon cuttings to Albany area staples switching gears, we have you covered. Take a look: 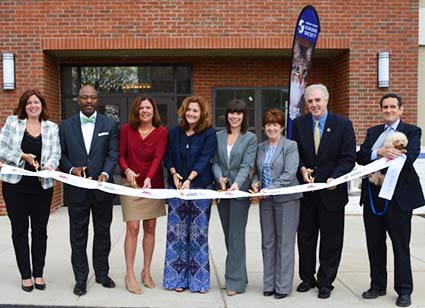 Norstar Unveils Newest Development
The City of Albany, Nyrstar Development, Capitalize Albany Corporation, the City of Albany Industrial Development Agency, and Downtown Albany BID held a grand opening of The Lofts at 733 Broadway on November 5th. Norstar invested over $5 million into the previously vacant building with the assistance of the City of Albany IDA. The renovation transformed the 45,000-square-foot, three-story building into a mixed-use space comprised of 29 one and two bedroom units and approximately 2,500-square-feet of ground floor retail space. One of the two spaces is home to Norstar’s local office.

Sarah Reginelli, President of Capitalize Albany Corporation stated in a press release, “The Lofts at 733 Broadway are blazing a new path from Albany’s Downtown core to the re-energized warehouse district. The incredible conversion Norstar has accomplished here is creating a walkable connection between two of the City’s most active commercial districts and providing a new option for the booming market of renters looking for a unique urban environment.”

Metroland Will Not Publish Thursday

For the first time in 38 years, Metroland will not publish this upcoming Thursday after its office and property were seized by state tax officials for nonpayment of taxes. Editor and Publisher Stephen Leon, who joined the newspaper in 1986 as an assistant editor and worked his way up to the top, told the Times Union, “It was something that was incredibly fun, but has been a struggle ever since the recession (in 2008) and it’s never gotten better.” The future of Metroland remains uncertain as it is still up for sale.

After 35 years of business, Spectrum 8 Theatres will temporarily close its doors while it transitions to new ownership under Landmark Theatres. Frequenters to the Spectrum shouldn’t worry about its unique showings changing anytime soon… Landmark is the nation’s largest theatre circuit dedicated to exhibiting independent and foreign films. The doors will close on November 17th and reopen at the end of the week as Landmark.

A ribbon cutting celebration was recently held for the Steuben Place Apartments by Omni Development Company. This was the company’s first foray into market-rate housing, converting the space into 29 studio, one and two bedroom units boasting original architecture and beautiful views.

The Downtown Albany BID held a grand opening and ribbon cutting for Jubilee Jewelers on South Pearl Street recently. The shop will sell accessories for men and women, repair jewelry, create custom pieces and offer engraving services. Mayor Kathy Sheehan stated in a press release, “With each new business that opens, it’s clear that revitalization is happening all around us.”