Fracking in New York continues to be a hot topic of conversation. Ten months ago, when Governor Andrew Cuomo announced that it would ban large-scale hydraulic fracturing, it was widely regarded as a victory by environmentalists. However, gas companies are continuing to decide whether or not to sue ahead of the impending deadline. 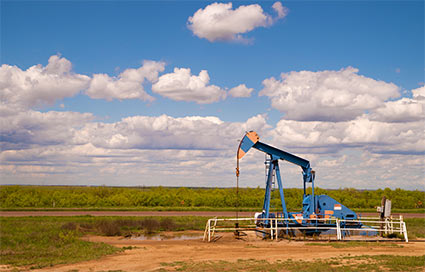 The Cuomo administration first announced in December that it would make moves to ban high-volume hydro-fracking, which has been much debated. This technique uses water, sand and chemicals to help access natural gas underground. Since then, New Yorkers Against Fracking, have followed Cuomo across the state at various campaign events.

Julia Walsh, an organizer with New Yorkers Against Fracking and Frack Action told WGRZ, “New York’s ban has really been embraced by not only the advocacy community, but by elected officials around the world — from the local, state and national level. If it’s not safe for New York, it’s not safe for ‘X’ country or ‘X’ state.”

The Joint Landowners Coaltion of New York, an organization representing landowners who hoped to lease their gas rights to energy companies, has sued Cuomo in the past in an unsuccessful attempt to force a decision on fracking before the pan was passed. Other supporters of hydro-fracking are looking for loopholes within the ban, which only applies to operations using more than 300,000 gallons of water.

Walter Hang, an organizer and owner of environmental database firm Toxics Targeting told WGRZ, “Shale fracking really hasn’t been prohibited and I’m not convinced that the actual prohibition has so many giant loopholes that the industry could frack any time it wants to. Waterless alternatives aren’t included in any way, shape or form.”

What do you think about fracking in New York? Let us know!