Orange Is The New Black fans and film lovers alike, we have an event for you! The Reel Women in Film Series at The Linda is excited to announce “Looks Like Laury, Sounds Like Laury” on December 5th. Get the details: 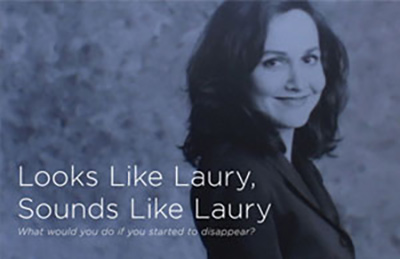 Filmmakers Pamela Hogan and Connie Schulman (“Yoga” Jones from Orange Is The New Black) followed Laury Sacks, an ebullient actress who began to suffer from frontotemporal dementia during the prime of her life at age 46, for one year. The film is a profoundly personal portrait of a woman who is facing the unthinkable and the impact her disease has on those around her, including her loved ones.

We got the opportunity to speak with The Linda’s Graeme McKenna about the event and The Reel Women in Film Series as a whole. “There are a huge group of highly capable women in the film industry. The idea was to pull together a series to address that in respect and highlight the amount of talented female screenwriters, directors and editors.”

He continued by saying, “The idea is to really bring all facets to the discussion. We’re going to present the film, we’re going to talk about the film and we’re also going to talk about how women in film are perceived and delve into the issue itself. That’s the push behind the series: To give some focus and attention on this issue and do it in the best possible way.”

We’re looking forward to checking out this Reel Women in Film Series event!