We have some big news about our very own Albany Symphony Orchestra! Get the scoop: 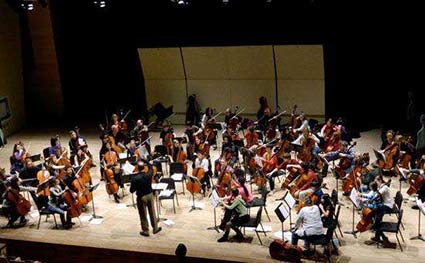 The Albany Symphony Orchestra has once again been nominated for a Grammy for its recording of “Christopher Rouse: ‘Seeing’ — ‘Kabir Padavali.’ The nomination comes just two years after winning their first Grammy. The Orchestra won their first award in 2014 for a recording of John Corigliano’s “Conjurer — Concerto For Percussionist & String Orchestra,” featuring Dame Evelyn Glennie on percussion.

Music director and conductor, David Alan Miller, told the Times Union that winning the first grammy was, “one of the highest, the most thrilling experiences of my personal life.”

A big congratulations to the Albany Symphony Orchestra from all of us at Albany.com! The Grammys are scheduled for February 15th at 8:00 PM.