One of the best parts of Albany in the summer are the Park Playhouse productions in Washington Park! Get the scoop on their 28th season debuting this summer. 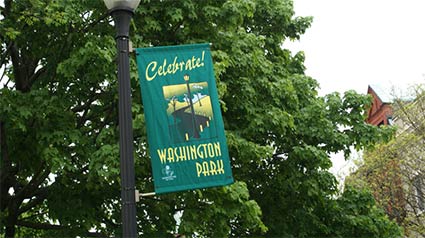 The theatre in Washington Park will open its 2016 season with a new production of the Broadway hit Chicago in July, and will follow with the Disney classic, The Little Mermaid in August. Albany Medical Center has signed on as presenting sponsor for the 2016 season, marking its fifth year as the lead sponsor for the free theatre program.

The City of Albany continues to partner with Park Playhouse, making the Lakehouse Amphitheatre in the park available for the company’s productions throughout the summer. “Park Playhouse has entertained more than one million people in Washington Park since its inception nearly three decades ago,” said Albany Mayor Kathy Sheehan in a press release. She continued, “What is even more remarkable is that they provide these productions free of charge to the public so that everyone in our City and our region can have access to great theater.”

Continuing in its tradition, amphitheater lawn seating for both productions will be offered for free. Reserved seats will go on sale May 1, 2016. Premium “table seating” will also return this season, with cast members providing pre-show beverage service during Chicago.

Based on positive feedback from patrons following last season’s trial run of Monday Music concert events, Park Playhouse will continue to present a series of concerts on Mondays throughout July and August. Specific dates and the artist lineup will be announced in the spring.

Chicago will run July 1-30, while The Little Mermaid will play August 9-27. Performances for both shows will run Tuesday through Saturday.