Creative License will present Doug Wright’s Tony Award winning one-man show “I Am My Own Wife” from February 19 – March 6 at the Albany Barn. Get the details! 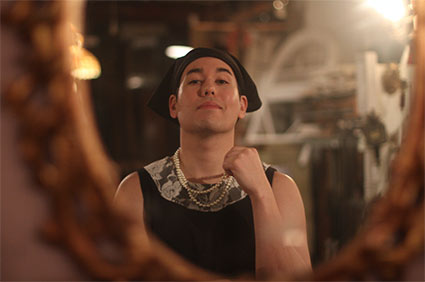 The regional premiere will
feature Ben Katagiri and is directed by David Carta. Creative License founders
Casey Polomaine and Aaron Holbritter will serve as the show’s producers.

This show is the company’s second of 2016 (having presented Divided, an
evening of original works at the University Club of Albany on New Year’s Day)
and the first of the year back at their home venue, the Albany Barn. “For
me, having the opportunity to have my directorial debut at the Barn has been a
true blessing,” said director, David Carta, in a press release. He continued, “As I enter the space, the surroundings of art and
creativity have caused me to have great focus and drive; to create a piece that
lives up the the standards of projects that have come before. A true blank
canvas, to allow full creativity.”

“I Am My Own Wife” opens Friday, February 19th and will run on Friday and Saturday
evenings through March 5th at the Albany Barn, 56 Second Street, Albany.
Showtime is at 7:30pm. The production runs approximately 105 minutes, with a
fifteen-minute intermission.

We hope to see you at one of the performances! Tickets are on sale now and are available online at The Albany Barn’s website.