We’ve rounded up some of the latest Albany restaurant headlines that have caught our eye. Check it out! 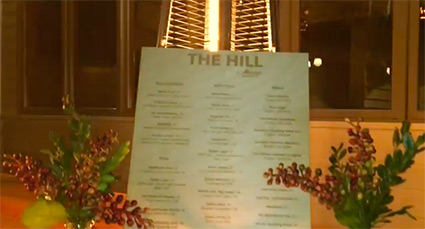 Troy Kitchen, a luxury food court featuring four restaurants, a bar and a coffee shop held a soft opening on Friday during Troy Night Out and plans to reopen for regular service in about two weeks. The restaurants in the space include K-Plate Korean BBQ, Magdalena’s Menu, Troy Lobster and a ramen restaurant.

You read it right! The Hill at Muza’s laser-burned/laser-cut wooden menus were created at the Tech Valley Center of Gravity, a “makerspace” in downtown Troy. Timothy Tyrrell and Adam Simiginowski of The Hill at Muza often co-work at TVCOG during the day when they’re not working at the bar. The idea for the laser-cut wooden menus came about when Tim and Adam were designing their menu on one of the graphics computers there. Apart from how cool they look, the menus are extra special because they can serve as kindling in The Hill’s popular outdoor fire pit when the meals need to be updated.

Albany staple, Justin’s, shut its doors one final time at the beginning of January. However, a duo plans to take over the Lark Street space under the name Savoy Taproom. The plans are to bring back live music and delicious multicultural cuisine. Extensive renovations are planned for the establishment including a copper bar, marble back bar, booths in the dining room and more. A mid-to-late spring opening is expected.