As the Albany Capital Center project moves closer to bringing a new $66 million convention hall to the city, smaller efforts to update related structures are getting underway. One of those efforts is the upcoming renovation of the 1,500-foot walkway that connects the Times Union Center and Empire State Plaza. 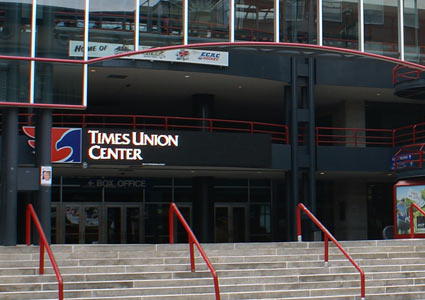 According to The Times Union, the renovations will cost around $3.1 million, and will include new floors, walls, infrared heat, security, and upgrades to the existing elevators and escalators.

Once the Capital Center project is complete, those attending functions downtown will be able to move between the new facility, Empire State Plaza, and the Times Union Center using the walkway.

Upgrades are expected to begin in April, and the passageway will be closed at that time. In addition to walkway improvements, approximately $16 million worth of renovations will be made to the Times Union Center itself. All projects are expected to be completed by the time the Capital Center is ready in early 2017.