Albany’s free concert series, Alive at Five, is one of the highlights of summer in the Capital Region. Construction has forced the series to temporarily relocate away from the Corning Preserve, and today Mayor Kathy M. Sheehan revealed the new location and this year’s series lineup! 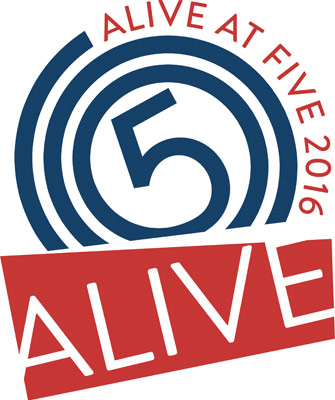 The 27th Annual Alive at Five series will be held in Tricentennial Park, at the corner of Broadway and Columbia Street in Downtown Albany. Once construction is complete next year, the series will return to a vastly improved riverfront.

Alive at Five concerts will take place on Thursdays from June 9 – August 4 (excluding July 7) from 5PM – 8PM. This year’s lineup is as follows:

As in previous years, the series’ rain location will be the Corning Preserve Boat Launch.

$5 flat fee parking will be available at the Quackenbush Square Garage, located at 677 Broadway in Albany. CDTA will provide free Event Day Bus Passes for the dates of each Alive at Five concert to Albany County residents. Riders can pick the passes up at Albany City Hall and various locations throughout the city on the Wednesday before each show, while supplies last.

For more information on Alive at Five or to volunteer during the series, visit the City of Albany Office of Special Events & Cultural Affairs website.