The 2016 Tulip Fest on Mother’s Day weekend has come and gone, so what’s next for the City of Albany? After the success of last year’s inaugural Dad Fest, the festival will return for a second year! 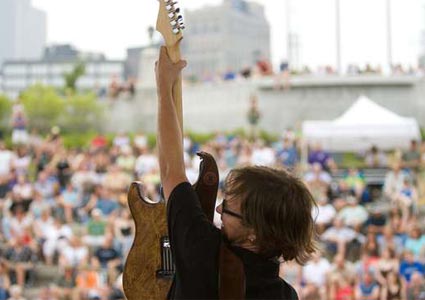 Photo Credit: Elario Photography
The festival will take place on Father’s Day, June 19, from 1:00PM – 6:00PM. Last year, Albany’s first Dad Fest had to move to the Corning Preserve Boat Launch due to weather conditions. However, this year, the plan is to celebrate the festival at beautiful Washington Park. Throughout the afternoon, the festival will feature live music, beverage tastings, food, vendors, and more to make the day extra special.

Although Dad Fest is dedicated to all the dads out there, the festival is meant to bring the whole family together. From kids’ activities to a mustache competition, there will be plenty of entertainment for people of all ages.

The schedule for this year’s live entertainment is as follows:

During the event, there will be special ground rules in effect:

In the event of inclement weather, Dad Fest will again take place at the Corning Preserve Boat Launch.

This year’s Dad Fest is a great way to celebrate Father’s Day. We hope to see you (and your dad) there!