Tulip Festival is coming up, and the names of the top five finalists for 2016 Tulip Queen have been revealed, as well as the Mother Of the Year contenders. 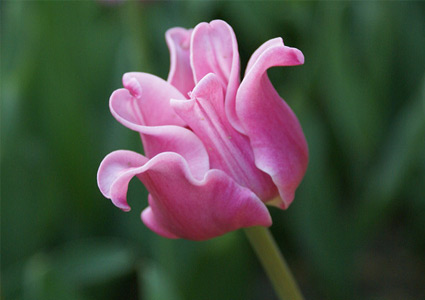 The 68th Albany Tulip Queen will be one of the following five amazing young ladies of the Capital Region.

Samantha Coons, 20, Guilderland: Samantha is a Siena College student, pursuing a degree in Economics. She plans on attending graduate school to continue her education in either Health Service Administration or Economic Policy. Samantha is a gymnastics coach and an intern at the New York State Assembly. She’s also the Volunteer Service Chair for the Siena College Red Cross Executive Board, helping to organize community service events such as a 5K and blood drives. In her free time, Samantha enjoys spending time with family and working on DIY craft projects. As a member of 2016 Tulip Court, Samantha aspires to empower and encourage children through literacy programs.

Shannon Moquin, 19, Albany: Shannon is working towards a degree in Public Policy at the University at Albany. She work as a counselor at a YMCA summer camp every year and is involved in a variety of community service organizations, such as Habitat for Humanity and Big Brothers Big Sisters. Shannon volunteered on a service mission to Haiti, where she taught reading and math at orphanages. In her free time, Shannon enjoys traveling and going to the movies with her sisters. As a member of 2016 Tulip Court, Shannon will strive to create an initiative combining literature and geography as a fun way to teach children about different cultures around the world.

Mariah Rickard, 22, Cohoes: Mariah is majoring in Economics at the University at Albany, where she is the founder of the Nerf Club. She works at Kidz Korner Child Care Learning Center in Latham. Mariah has volunteered as a camp counselor, participated in the Community Plunge Program in Ithica, and has tutored high school students. In her free time she loves camping, hiking, and roller derby. As a member of 2016 Tulip Court, Mariah hopes to design a program encouraging children to write and illustrate their own stories, with the intention of promoting imagination, self-esteem, and self-expression.

Racquel Saddler, 23, Albany: Racquel is currently a first-year student at Albany Law School, having graduated from the University at Albany with a Political Science degree. She has worked as an intern at the White House, and also in the New York State Senate and the Schaffer Law Library. Racquel has volunteered at the Pine Hills Neighborhood Cleanup for the past four years. In her free time, Racquel loves singing, dancing, running, and yoga. As a 2016 Tulip Court member, Racquel is planning to implement a literacy program benefiting local children and the community at large.

Adaviah Ward, 21, Albany: Adaviah is majoring in Liberal Arts at Hudson Valley, with the intention to then obtain her Bachelor’s Degree in Elementary Education. She works at the Lexington Center. Adaviah volunteers routinely with the Albany Community Charter School, and the Mount Pleasant Baptist Church. In her spare time, Adaviah enjoys reading, journaling, singing in choir, and working with her church’s youth group. Adaviah’s goal as a member of 2016 Tulip Court is to help develop educational programs for kids outside of the classroom, and to act as a mentor and role model for the community.

Albany Tulip Queen of 2016 will be crowned at noon on Saturday, May 7th, at the Lakehouse Stage. She will be crowned by Albany Mayor Kathy Sheehan and MC Chad O’Hara of B95.5.

The Albany Tulip Queen acts as an ambassador of Albany for the full year of her reign. Regardless of the winner, all the finalists will be spending the next year immersed in community service projects such as the Literacy Campaign. The Queen and her court will develop further initiatives to advance their goals, and attend many events in the area, primarily focusing on education and community awareness.

In order to be nominated for Albany Tulip Queen, the ladies must be an Albany County Resident between ages 18 and 23 who has demonstrated leadership skills and community outreach efforts.

Mother of the Year Finalists

This year marks the 18th Annual Mother of the Year Contest, with the winner being crowned on Sunday, May 8th at noon at the Lakehouse Stage.

The finalists have been announced:

Tami Furlong ofDelmar was nominated by her sister, Coleen Anders.

Gina Moro of Glenville was nominated by her husband, Anthony Moro.

Laurie Rivera of Albany was nominated by her son, Juan Rivera.

Deborah Spath of Niskayuna was nominated by her daughter, Victoria Pautler.

Betty Sullivan of Albany was nominated by her son, John Allan.

The contest celebrates mothers who are committed to their families and their communities, who serve as positive role models touching the lives of those around them.

Dozens of mothers were nominated this year. The judging process has been undoubtedly difficult with so many remarkable women in the Capital Region to choose from.

All five finalists will receive gift baskets with prizes and gift certificates, as well as flowers from Ambiance Florals and Events.

The 18th Annual Mother of the Year contest is presented by St. Peter’s Health Partners, and sponsored by the City of Albany, 518Life, Women@Work Magazine, The Times Union, and B95.5, with additional support from Fidelis Care.

Check out all the Tulip Festival happenings here.