A permit from 2009 allowing the Rapp Road Landfill to be restored to pine barrens is being given another look after officials realized the cost was much higher than anticipated. 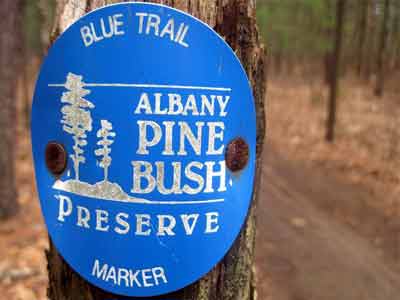 City officials are meeting with the Albany Pine Bush Preserve in July to go over plans for restoring the Rapp Road Landfill.

The permit from seven years ago allowed an expansion of this landfill in exchange for the city restoring the original property back to pine barrens. When city experts began looking into the details, they found the cost was significantly more than the $18 million allotted for the project.

Although the city is looking into new avenues, the Pine Bush appears confident Albany is still on board with a restoration.

“The city is not looking to back out of anything,” Chris Hawver, Executive Director of the Albany Pine Bush Preserve Commission told the Times Union. “They are committed to the project.”

A separate group, Save the Pine Bush, does not support the city’s original restoration agenda.

“We don’t think there is any guarantee it will work,” Rezsin Adams, Chairwoman of Save the Pine Bush told the Times Union. “We wonder if this is the best use of money.”

The Rapp Road Landfill was built in and around the Pine Bush; much of the land originally belonging to the Pine Bush landscape has been lost over the years due to residential and commercial development. However, thanks to the cooperation of landowners and many others, more land is being added all the time.

If the city and Pine Bush can come to a financially sound agreement for restoring the landfill back to pine barrens it would undoubtedly be beneficial for many – the Pine Bush is home to 45 different Species of Greatest Conservation Need and more than 20 at-risk species.

The Pine Bush is a National Natural Landmark, with its unique pine barrens landscape being one of only about 20 on the planet.