We urge everyone to contact individual businesses to confirm their hours of operation before visiting, while we flatten the curve through social distancing.
Guide to Albany's Capital Region
Enter Giveaways Advertise
Home  »  Live Music & Entertainment  »  Bloc Party with Titanics at Alive at Five on July 21st 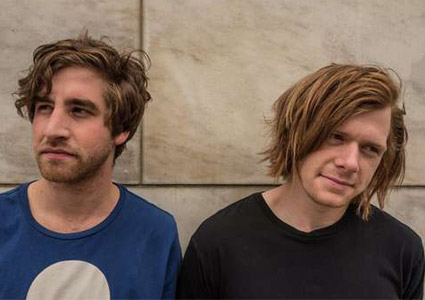 Titanics, photo provided
Bloc Party is a four-piece band from London who specializes in “spiky, anthemic, danceable rock music.” The group was thrust into the limelight in 2005 with their hit album, Silent Alarm. Bloc Party has performed on The Late Show with David Letterman and The Tonight Show.

Our local Titanics have a more peaceful, laid back feel to their music, as they utilize synthesizers, electronic beats, and warm pads. Titanics was named “Best Best” by Albany’s Metroland, and was featured on San Francisco’s most prominent music blog, “Indie Shuffle.”

Representatives from the Ronald McDonald House are volunteering each week at Alive at Five in the beer garden area, with proceeds going towards their charitable programs.

Parking is available for a $5 flat fee at the Quackenbush Square Garage, and CDTA is providing free Event Day Bus Passes for Albany County residents. These passes can be picked up at Albany City Hall, the Albany Visitors Center, the Downtown Albany Business Improvement District, or the Central Avenue Business Improvement District on the Wednesday before each show, while supplies last.

Alive at Five is running through August 4th this year, meaning after the Bloc Party with Titanics this Thursday there are only two more Thursdays to go – get out there and enjoy the free, awesome live performances while you still can!