It’s a long weekend and fair season is here! Check out what fairs and festivals are going on, along with four other exciting events in the Albany area. 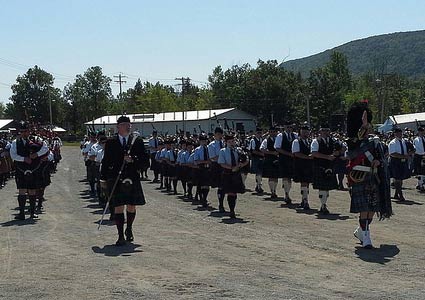 Bring the whole family to the Schaghticoke Fair in Schaghticoke, where you can enjoy rides, activities, games, shows, animals, live music, entertainment, great food, and homemade crafts. Tickets are $11.00 for adults, with kids 13 and under free.

End your summer with fun at the Columbia County Fair – there’s so much going on. Check out a Monster Tractor Pull on Saturday, Lonestar is performing on Sunday, there is a Painted Pony Championship Rodeo and a comedy hypnosis show on Monday, and so much more. Tickets are $10 for adults ($15 on Sunday), with children 12 and under free.

Although it’s about 45 minutes from Albany, this fair is worth the drive! Check out a talent contest, demolition derby, pageant, animal shows (dairy cattle, goats, horses, rabbits), a rodeo, truck pulls, and more. General admission is $10, kids 6 to 11 are $2, and kids under 6 are free; parking is $2.

The Scottish Games are returning to the Altamont Fairgrounds! Join in the festivities with numerous musical performances over the weekend, bagpipes, a 5k race, and more. Tickets are $22 on Saturday and $12 on Sunday; children 12 and under are free. Stage bands include The Brigadoons, Daimh, Kevin McKrell, Colin Grant-Adams, and Get Up Jack.

It’s the absolute last game of the season for the ValleyCats at The Joe in Troy! Don’t miss out on Fans for Life Night with giveaways all night long. Children 12 and under get in free this evening with a paying adult, courtesy of GE – tickets for “kids in free” must be purchased over the phone or at the box office – call 518.629.CATS to order. General admission tickets range from $7 to $12. Fans can choose to partake in a three hour all-you-can-eat Oktoberfest buffet dinner with craft beer tasting. Tickets for the Oktoberfest buffet are $35, or $25 for designated drivers. Hang around after the game for postgame fireworks!

Join in this annual race/walk to benefit local nonprofits that support veterans. The 5k starts at SEFCU headquarters on Patroon Creek Boulevard in Albany. Medals will be awarded to the first three male and female runners in the various age groups. The race is $15.00 for HMRRC members and SEFCU members, $20.00 for others in advance, and $25.00 for others the day of the race. There is also a 1-mile race for kids which is $1 per child, and can only be purchased the day-of.

It’s that time again – 1st Friday in Albany, where you can enjoy show openings, discounts, and specials throughout Albany’s neighborhoods. The Albany Institute of Art and History is offering free admission along with extended hours, and a spotlight on Alexander Hamilton. Other participants include PaJ Gallery, The National Upholstering Design Studio Gallery, Albany Center Gallery, and Albany Barn, along with many additional galleries, restaurants, and more.

This darkly satirical drama of political issues from the early 1960s echoes the political world we live in today – two presidential candidates attempt to get the endorsement of the popular outgoing president, who happily refrains from announcing which one he’ll pick. The play was originally written by Gore Vidal and was nominated for six Tony Awards; this show at the Albany Civic Theater is directed by Brian Sheldon. You’ll have three chances to see this great play over the long weekend. Tickets are $18.00.

For more events, check out the full events calendar.