It’s a thrilling time to shop at Crossgates! The popular Albany-area mall is in the process of bringing five new additions on board to the primary mall and the neighboring Crossgates Commons – specifically, a bakery, an entertainment venue, and three retail stores.

Here’s what you can expect at Crossgates in the upcoming months. 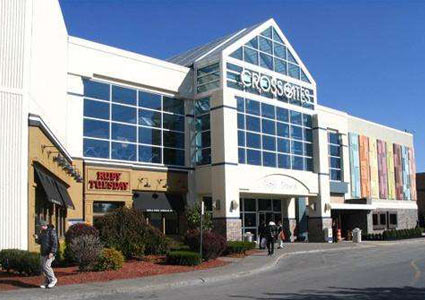 The best cinnamon rolls on the planet are about to make a home in Albany! Get ready for sweet and sticky treats with cinnamon, brown sugar, and the classic cream cheese frosting.

“Cinnabon fans have been asking for more locations in New York,” Joe Guith, Cinnabon President, said in a statement. “We’re excited to now provide them with a nearby bakery for that oh-so-worth-it moment of ultimate satisfaction.”

The market leader in cinnamon roll bakeries is opening its Crossgates location in mid-November.

5 Wits is a unique and amazing entertainment experience unlike any the Capital Region has ever seen before. Players work as a team to solve a series of physical challenges and puzzles, with a different experience every time.

Three adventures are on the agenda for Albany:

“5 Wits puts players physically in the center of attention,” Matt DuPlessie, Founder and President of 5 Wits, said in a statement.

“Adventures at 5 Wits are similar to escape rooms,” added John Pandiscio, Director of Marketing and Advertising, “but with higher-quality environments, special effects, and more compelling storytelling.”

5 Wits is expected to open in November.

Most Capital Region residents are familiar with – and love – T.J.Maxx. There’s no better place to get brand name and designer clothing items at reasonable prices – specifically, 20% to 60% less than at department stores. And, new designer clothing arrives every day, so there’s always something new in the store to check out.

T.J.Maxx is opening this Sunday, September 18th in Crossgates Commons.

This retail shop specializes in discounted but upscale home accessories, including housewares, seasonal decorations, and more – it’s an excellent place to find a gift for a friend or family member, so keep this store in mind for Christmas shopping!

Tuesday Morning actually had a soft opening in late August in Crossgates Commons, but is slated for a grand opening in October.

At Home is considered to be a “home decor superstore.” The Crossgates location will be 90,000 square feet with over 50,000 items to choose from. Merchandise for sale will include seasonal and holiday decor, furniture and patio furniture, home furnishings, and additional decorative and functional products you can use around the house.

At Home is scheduled to open in October, and like the other two retail shops, it will be located in Crossgates Commons.

In addition to these fantastic businesses making a home at Crossgates, an indoor play park for kids has recently opened at the mall as well – check out what Billy Beez has to offer.