Body worn cameras are on their way to the Albany Police Department. In order to choose the best body camera vendor and develop a policy for using them, 20 Albany police officers will wear and test different cameras over the next few months. 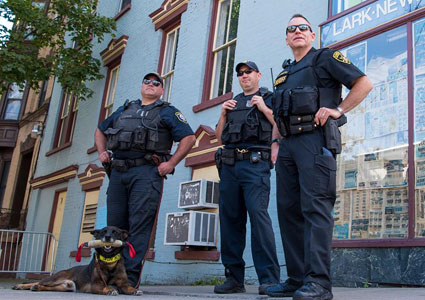 This past February, the Albany Police Department held a public forum to discuss the use of body worn cameras. According to WAMC, some of the major points of discussion were video storage and who would be able to access footage.

Additionally, while some people believe body cameras will help with safety and accountability, others are concerned they’ll impede police work, resulting in fewer arrests.

Nevertheless, Albany’s Police Department has created a Body Worn Camera Policy draft, but nothing is set in stone yet. Before the police department addresses the major questions, it plans to choose a body camera vendor first, and then finalize the policy based on the camera’s functions and public input.

Starting Monday, October 3, 2016, Albany police officers will wear cameras from four different vendors. 20 officers will be split into two groups of 10. One group will test one camera, and the other group will test a second camera. After three weeks, the two groups will switch cameras. The process will continue with two more cameras from different vendors.

Once the Albany Police Department decides on a camera vendor, it will further develop the body camera policy. Public comments are welcome and can be submitted on the department’s blog. The goal is for body cameras to not only increase transparency but help foster stronger police-community relations.