The City of Albany has a lot of busy roads and streets, so if you’re a novice bicyclist, navigating your way around may seem very intimidating. The Albany Bicycle Coalition has recognized this widespread fear and developed a solution – an online map program that will display bicycle-friendly routes to your destination. 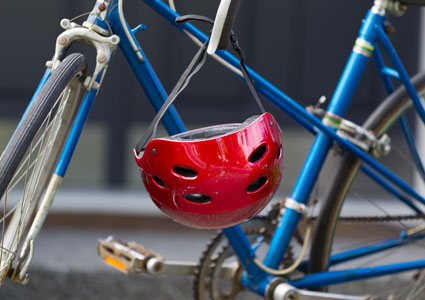 The new online map program was designed to help inexperienced bicyclists and those who don’t know the layout of the city. Rather than direct riders to the quickest routes, the aim was to highlight the safest ones, such as secondary roads, side streets, and bike-pedestrian paths.

This bike map project was developed by the Albany Bicycle Coalition, which is a group of cyclists dedicated to promoting bicycling in the Capital Region. For the Coalition, the goal of the online map is to help new riders feel like they can bike through Albany safely and comfortably.

To begin, the Coalition determined four east-to-west and four north-to-south routes to get across Albany. Then, the group asked its followers for suggestions and updated the online map’s recommended routes.

Although the online map uses Google Maps as its basic structure, the bicycle-friendly routes it displays aren’t exactly the same ones Google Maps highlights. The new program avoids the busiest roads and focuses on safe routes, even if they end up longer than a Google Maps route.

Not only that, but the interactive map will point out the amount of traffic on certain roads, the locations of nearby bike shops, and include caution symbols at spots that are more problematic.

Work on the map is mostly complete thanks to Albany Assemblywoman Patricia Fahy, who arranged for an $8,000 state grant for the Coalition to develop it. However, the Coalition still hopes to raise about $1,500 to completely finish the map.

A picture of the bike map is currently available on the Albany Bicycle Coalition’s website, and the group plans to release a fully-functional test version as early as this month.

Would you use this new Albany bike map?