After overcoming a series of delays, the Via Aquarium in Rotterdam is finally set to open on November 12th! Here’s what you can expect from the Albany area’s first major aquarium. 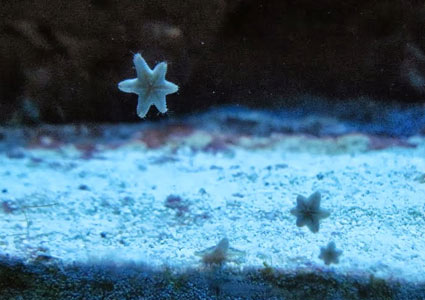 The aquarium is expected to be 25,000 square feet, include 75,000 gallons of water, have 250 species, and encompass 2,500 fish and additional aquatic animals. Some fish have already been transferred to the facility, with more arriving in the upcoming weeks.

Species we can expect to see at the facility include clownfish, rainbow fish, cuttlefish, jellyfish, electric eels, octopuses, and blacktip and whitetip sharks.

Some of the tanks will allow visitors to walk through tunnels where they’ll be completely surrounded by the fish. Other exhibits will be more interactive, where guests can touch stingrays or starfish. There will be also be an emphasis on education, teaching aquarium goers about aquatic environments and how humans can affect them.

The aquarium will open to the public on Saturday, November 12th, at 1pm; there will be a ribbon cutting ceremony at 11am, after which invited guests will be given tours prior to the public entering.

Face painting, a balloon artist, and other activities for kids will be featured in the mall to coincide with the opening.

The hours for the aquarium are listed as 10am to 7pm Monday through Saturday, and 11am to 4:30pm on Sunday.

This new aquarium has been a long time coming. Talk about an aquarium in the Albany area can be traced at least as far back as 2013, when a feasibility study was conducted that determined such an attraction would in fact do well in this area.

Via Aquarium has been in the works for over a year. It was originally set to open at the end of February; this was pushed to the summer, then September, and is finally now set to provide the Capital Region with this much needed addition in November.

Viaport, a Turkey-based company, opened up Via Entertainment in the former Rotterdam Square Mall earlier this year as part of a revitalization project to save the dying shopping center; the mall has been renamed Viaport Rotterdam. The aquarium was the other main component to the project.

If you’re looking for something fun to do in the area while we wait for this exciting aquarium to open, do consider checking out Via Entertainment – the venue includes bowling lanes, an arcade, a restaurant, and a space for live music and shows.