Over the past few years, the idea of introducing a bike-sharing program to cities in the Capital Region has been just that, an idea. However, for those of you who would like to rent a bike from a public hub in downtown Saratoga, Albany, and other major areas, then you’re in luck! The Capital District Transportation Authority (CDTA) has begun to develop the Capital Region’s bike-sharing program and is prepared to have it up and running by next year. 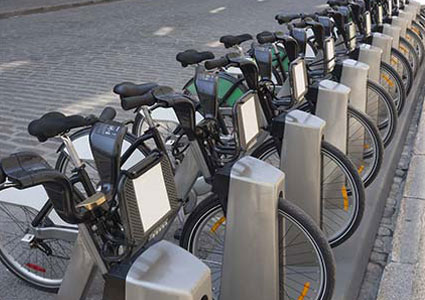 Unlike most other bike-sharing programs, a transit authority will be in charge of the Capital Region’s rather than a private for-profit company. The CDTA will operate the program in Saratoga, Albany, Schenectady, and Troy and equip each with bike rental hubs.

This new bike-sharing program will be similar to those established in other cities, such as Buffalo and New York City. Bike hubs with rentable bicycles will be located at high-traffic and popular areas, such as near colleges and in downtown districts. People will be able to rent these bicycles for a half hour or hour trip around the area.

Although pricing hasn’t been decided for the bike rentals, the two payment options will likely be cash and a special swipe card connected to the CDTA’s Navigator program. Navigator is still in development, but once complete, it will be an all-in-one card used to pay for CDTA-run services.

Plans for this bike-sharing program were originally led by the Capital District Transportation Committee (CDTC). However, the CDTC passed the project over to the CDTA, which is a New York State public benefit corporation that provides a wide range of transportation services.

The CDTA expects start-up costs to be around $750,000, but the costs to maintain the bike-sharing program haven’t been determined. Currently, the plan is to find a contractor to build and equip the bike hubs, and then figure out exact costs from there.

The initial stages of the bike-sharing program will include single bike hubs in the four cites listed above, but they could expand in the future. The hope is for the program to begin around summer 2017.

Would you rent a bicycle in Saratoga, Albany, Schenectady, or Troy?